Doonan: “A lot of work to do” to bring sportscar regs closer

New IMSA president John Doonan says that encouraging cooperation between sportscar governing bodies to aid teams who want to participate in more than one series is on his wish list. 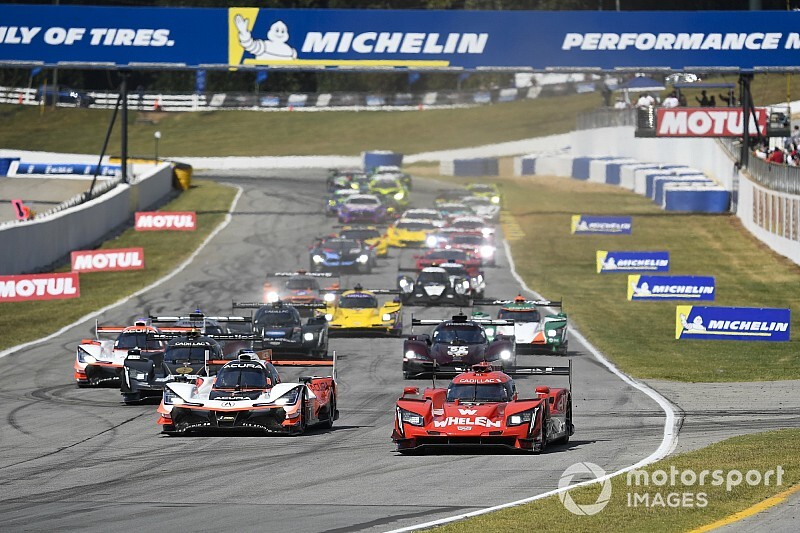 Doonan was confirmed on Tuesday as the replacement for Scott Atherton in the role of IMSA president and the former director of motorsports for Mazda North America Operations said one of his intentions is to continue working toward more common global sportscar regulations.

“Scott [Atherton] and Ed [Bennett, IMSA CEO and executive VP of NASCAR] and Jim France [NASCAR CEO and chairman] have kept me abreast as best they could on the continued relationship and partnership with the ACO and the FIA and the WEC,” he said.

“I think there is a keen interest, as always, to continue to try to find a way to work together to make sure the teams that cross the Atlantic, or even the Pacific [can] participate on several different platforms.

“I think, collectively, there would always be a wish for us to work together and work deeper in relationship, to make sure we're providing value such that people can participate in a single set of regulations.

“There is a lot of work to do there, and I need to really understand all of the dynamics around that. There's plenty of discussions that I haven't been involved in, that I need to get briefed on the first day next week.”

With regard to the IMSA WeatherTech SportsCar Championship, Doonan said that having led one of the OEM teams, he will now be talking to his former rivals to get a grasp of why their manufacturers participate and the marketing strategies built around their sportscar plans.

Across the 12 rounds in 2019, IMSA saw four brands represented in the Prototype division, five in GT Le Mans and nine in GT Daytona.

“I think clearly there's a lot at play. We heard recently news of a few teams that are going to be changing their strategies and I want to meet with those teams. I want to understand what we can continue to do to perhaps gain them back and also add additional teams to the grid, teams and drivers alike.

“So, those two things I would see as priority. Clearly, there's been a lot of discussion about DPi 2.0 [set for introduction in 2022] and I've been involved in all of those discussions as an OEM partner.

“I think it's critical that we work closely with all of you [the media] to do everything we can to continue to grow the audience and everyone's understanding and their education on why endurance sports car racing IMSA-style is among the best, if not the best in the world.”