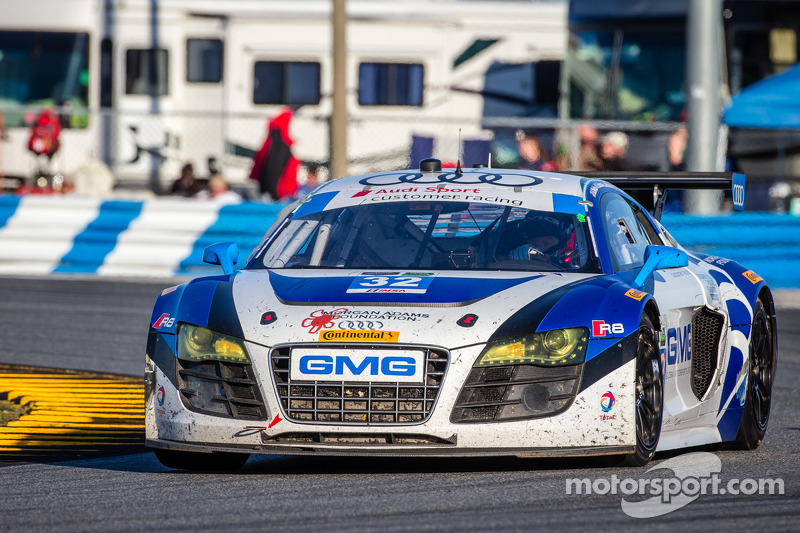 James Sofronas: “Everyone worked incredibly hard to get us here, and to have it end the way it did is incredibly unfortunate."

DAYTONA BEACH, Fla. (January 31, 2014) - Making their debut in the all-new TUDOR United SportsCar Championship, Global Motorsports Group (GMG) would suffer an early end during this weekend’s Rolex 24 at Daytona following an incident just six hours into the race. The team would wind up 28th in class. 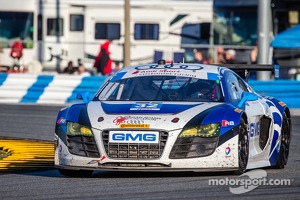 “I’m just gutted for everyone on the team,” stated GMG team owner James Sofronas. “Everyone worked incredibly hard to get us here, and to have it end the way it did is incredibly unfortunate. My heart breaks for the crew who put in so much to get here, and especially for Alex who put his all into getting this program together, I don’t know what else to say.”

Heading into the weekend, the multi-time winners in the Pirelli World Championship came in with a quiet confidence toward their chances in the race. Having consistently posted top ten times throughout pre-season testing, the team knew that a consistent, mistake-free run would be critical during the early hours of the race.

With the No. 32 GMG Audi R8 LMS taking the green flag from the 11th row, the race started with fairly smooth sailing as the team set a consistent pace early on. With drivers Alex Welch, James Sofronas, Frank Stippler and Marc Basseng taking their turns behind the wheel, consistency over outright pace was the key to their weekend.

Unfortunately, as the night fell and James Sofronas came in for his second stint, contact with a prototype challenge (PC) vehicle would send Sofronas hard into the barriers completely ripping off the front of the car. It was a tough accident in which the Villa Park, California, resident was lucky to escape unhurt.

“It was a big hit, and I’m lucky to be OK,” stated Sofronas. “The IMSA safety crew did a great job of tending to me quickly and the strength of the Audi did its job, it was an absolute tank. Unfortunately, the injuries I sustained have more to do with the disappointment of ending the race this way.”

Having to put the disappointment of the weekend behind them, all attention is now focused on the upcoming 12 Hours of Sebring, the second round of the Patrón North American Endurance Cup. Continued team updates will be available heading into the event.