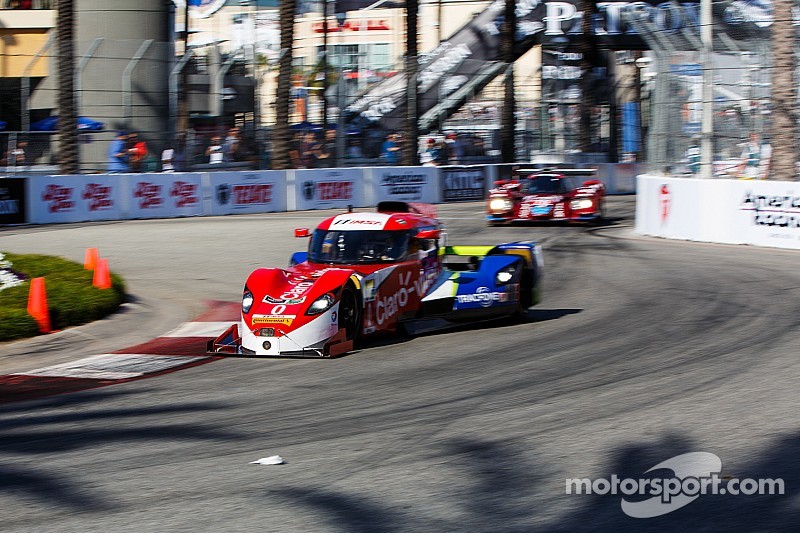 After qualifying sixth for the Sports Car Showcase at Long Beach, the team was optimistic before electrical issues led to an early exit.

Drivers Katherine Legge and Memo Rojas worked on setup development through the weekend in the DeltaWing Coupe, finding a good combination ahead of the 100-minute sprint event. Rojas started the event strong, but early in the race, electrical issues cropped up that sidelined the car on lap 20.

Memo Rojas: “We had some electrical issues today that we weren’t able to fix and get back to the race. We’ve had a few electrical gremlins recently and each time, it’s been something different. We’re not going to give up until we fix them all. We have two weeks before the next race and hope to have a better result at Mazda Raceway Laguna Seca.”

Race Engineer Catherine Crawford: “We’re investigating the cause of the electrical problem. We’re methodically going through everything and fixing things one at a time and unfortunately, something new came up today. That’s why the DeltaWing program is here, to do something different, to think outside of the box. We will find a way to stop the issues that are reoccurring. I’ve come into a new situation and I don’t know all the issues, but I’m going to come in with enthusiasm to fix them. We’ll keep on working until we get it all fixed.”

Next up is the Continental Tire Monterey Grand Prix at Mazda Raceway Laguna Seca, the second of two California events. The two hour, 40-minute race will be broadcast live on FOX Sports 1 at 4:00 P.M. ET on Sunday, May 3.

Jan Magnussen: Another day, yet another podium

MotoGP on TV today – How can I watch qualifying for the Austrian GP?

MotoGP on TV today – How can I watch qualifying for the Austrian GP?