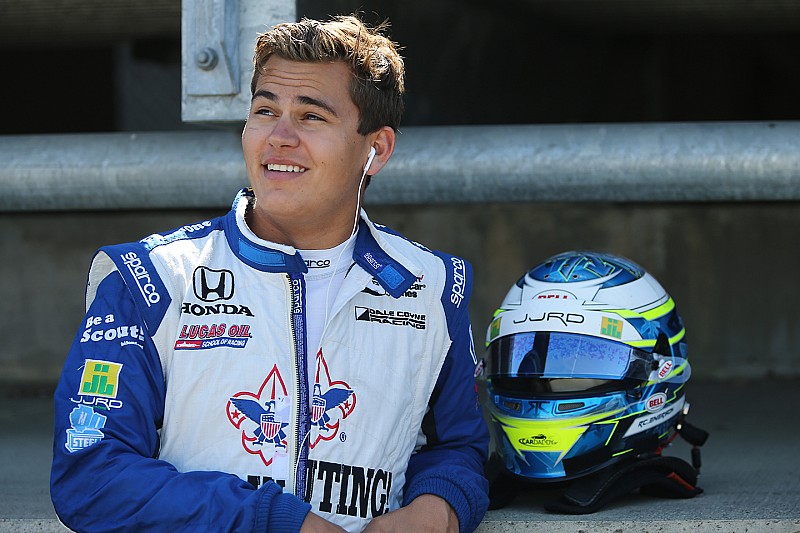 IndyCar driver RC Enerson has been added to the PR1/Mathiasen Motorsports line-up for this month's Rolex 24 at Daytona.

Now he joins PR1/Mathiasen in his first foray into sportscar racing at Daytona, where he joins Tom Kimber-Smith, Jose Gutierrez and Mike Guasch behind the wheel of the team's Ligier JS P217-Gibson.

Enerson, who has yet to secure a drive in IndyCar for 2017, will get his first laps in the new LMP2 machine this week in the Roar Before the 24 test.

"I'm very excited to join PR1 for the Rolex 24," said Enerson. "Before this opportunity, I was primarily focused on the open-wheel side of racing and making my way to the IndyCar Series.

"I'm still working on other IndyCar prospects for the 2017 season, but wanted to find a home where I could continue to race now.

"My driver coach was able to put me in contact with Bobby [Oergel, team owner]. We met in Sebring a few weeks ago during a test, and we decided PR1 would be a great fit.

"Now we're excited to see what we can do on the sports car side of things at Daytona."