ESM Nissan down to one car for next IMSA round 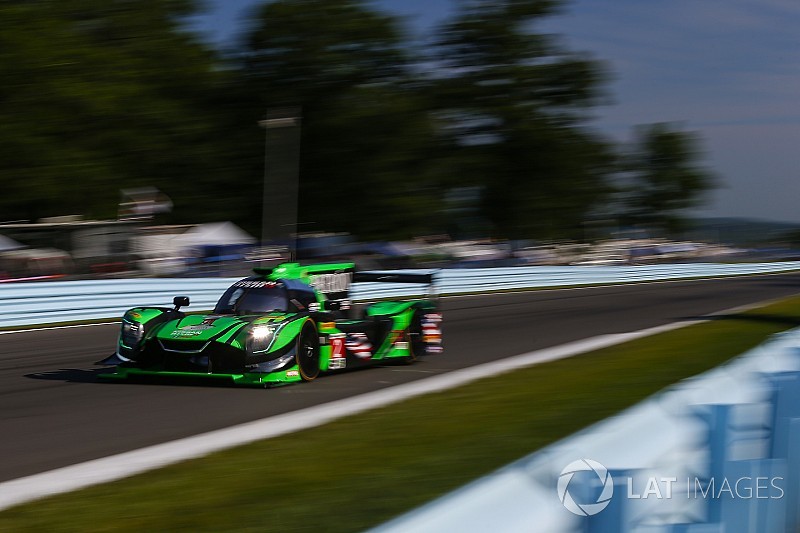 Following the first-lap shunt in Watkins Glen’s Six Hour race, which involved both of ESM’s Nissan Onroak DPis, the team is down to just one car as IMSA heads to Canadian Tire Motorsports Park this weekend.

Both of the Nissan Onroak DPis started toward the rear of the Prototype field, following a difficult qualifying session in which Scott Sharp’s fast lap in the #2 was deleted for exceeding track limits, and the #22’s engine failed and needed to be replaced.

When Tristan Vautier spun the #90 Spirit of Daytona Cadillac heading up the hill on the opening lap of the race the ESM cars swerved to go either side of him but Sharp swiped the barrier on the left, while Lapierre went to the right, spun on the high curb and struck the errant Cadillac.

Sharp pitted for a new nose on the #2 but the #22 went behind the wall for several laps.

Both cars rejoined but both suffered engine failures, and it is that, rather than body/chassis damage, that has persuaded the team to run just one car in Canada this weekend, for Ryan Dalziel and Pipo Derani.

Said Sharp: “Due to our spare engine availability after this weekend we have decided to focus all of our available resources and run just one car at Canadian Tire Motorsport Park. Ryan and Pipo will share the driving duties and we look to rebound in a seriously positive way. CTMP has always been a strong track for Tequila Patron ESM.”

Derani added: "I am definitely very sad that for a third year in a row we didn’t finish the Six Hours of the Glen. Unfortunately we were caught up in a first lap incident that put us a few laps down, but an engine failure after that meant our day was over.

“I would like to thank every single one in our team but especially our mechanics for their hard work. The boys have had to change three engines during this weekend and it certainly was no easy task considering the heat.

“I hope Ryan and I can deliver a strong result at Canadian Tire Motorsport Park, in what will be our first race together since Watkins Glen last year, to give those boys something to be happy about.”

Watkins Glen win gets “monkey off our back” for JDC-Miller