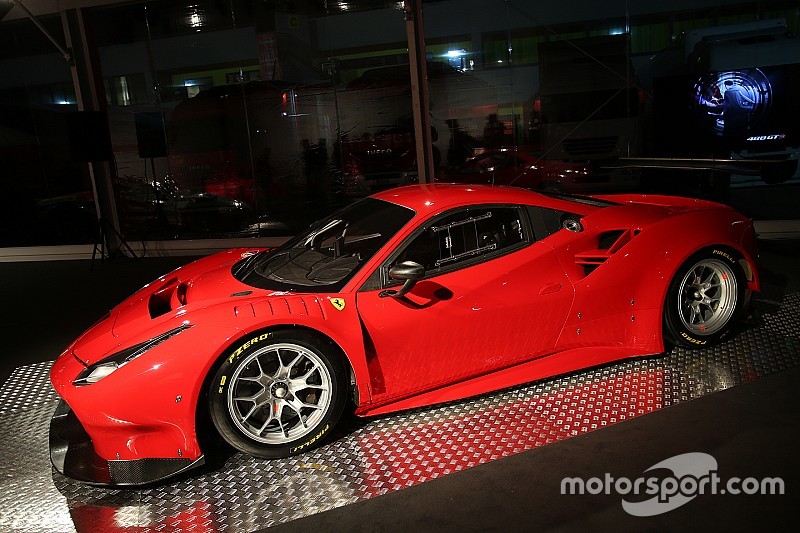 Christina Nielsen, Alessandro Balzan and Jeff Segal are expected to drive the car in the Sebring test.

Daytona Beach, Fla. – Scuderia Corsa is looking to test its new Ferrari 488 GT3 at the IMSA WeatherTech SportsCar Championship Sebring February Test on Feb. 25-26, which will be the first appearance of the new car in the GT Daytona (GTD) class.

Several members of the Giacomo Mattioli-led team were in Italy for a recent shakedown of the car at Fiorano, with Alessandro Pier Guidi driving. Christina Nielsen, Alessandro Balzan and Jeff Segal are expected to drive the car in the Sebring test.

“It’s been great to become familiar with the Ferrari brand with the 458 and how it handles, but of course I’m looking forward to driving the 488,” Nielsen said. “We were up against a lot of the new cars in the Rolex 24 At Daytona, when we raced the 458, so I’m sure it’s going to be even better when we come to Sebring and get to race the 488.

“They had a good shakedown in Italy, and now I’m looking forward to testing it at Sebring. I’m sure there’s going to be a lot of work to do, but we’ve got a good crew and experienced drivers who are familiar with Ferraris, so I’m sure we can keep developing the car so we will be a strong competitor in the Mobil 1 Twelve Hours of Sebring.”

The GT3 and GTE are both heavily based on Ferrari’s newest road car, the Ferrari 488 GTB, and are also assembled in the same factory in Maranello, Italy. The Ferrari 488 GT3 features only minor changes from the GTE.