Alonso will only learn so much from Daytona - Fisichella 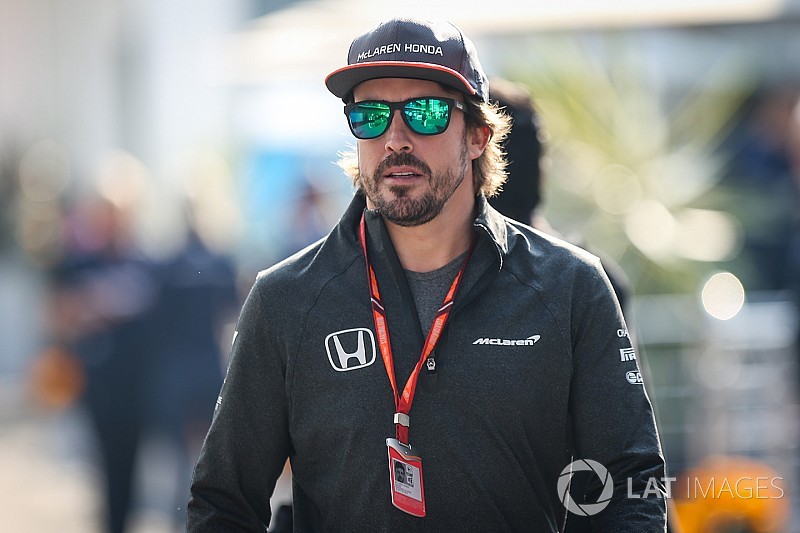 McLaren's Fernando Alonso will only learn so much from the Daytona 24 Hours that will prepare him for a future Le Mans appearance, says former Formula 1 teammate Giancarlo Fisichella.

Alonso will take on his first sportscar race at Daytona as part of his long-term preparation for an attempt at Le Mans, as part of his triple crown attempt having already won the Monaco Grand Prix segment.

The McLaren driver has highlighted Daytona as a race ideal in helping him prepare for Le Mans, with his new F1 contract understood to allow him to race at Le Sarthe if the opportunity arises.

"It's not part of the triple crown [of Monaco Grand Prix, Indy 500 and Le Mans victories] but, as I have always said, my aim is to be a complete driver and this experience will help me in the preparation for any other endurance race I might take part in," he said.

When asked if it would be a case of Alonso only learning so much from Daytona, Fisichella told Motorsport.com: "Yes, exactly."

He added that Daytona is fundamentally different to Le Mans and that it will not prepare him fully for the FIA World Endurance Championship's flagship event.

"It's different," he said. "It's a different circuit and different type of race [at Daytona].

"Especially with the rules, safety cars and yellow flags, slow zones [in IMSA]. Everything is different.

"At Daytona, it is really important to be on the lead lap until the last couple of hours and then it's a real race.

"Le Mans is different. It's important to gain an advantage as soon as you can from the beginning to the end."

Fisichella highlighted that learning how to drive in multiclass racing will be Alonso's biggest challenge.

"It's really good to know about Alonso being there and it's very good for motorsport, especially for the IMSA championship," he said. "Alonso is a great driver and he will learn very quickly to drive the car.

"The only problem will be the traffic with the GT cars and the slower cars and he needs to learn how to manage it, but he will get a chance to in the next test for sure."