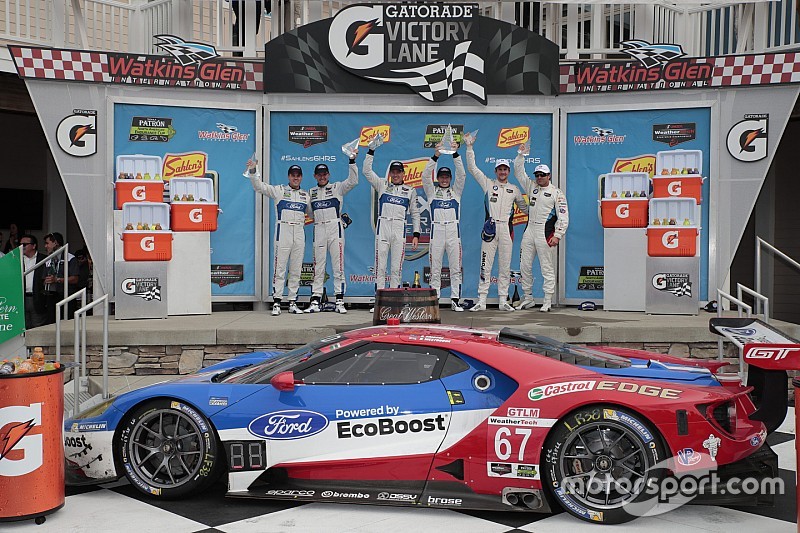 In the GT classes, it wasn't certain until the very end of the Sahlen Six Hours of the Glen who would emerge victorious.

Chip Ganassi Racing, fresh off a historic victory at Le Mans, came to Watkins Glen and continued their domination. In the closing laps, class pole-sitter Richard Westbrook was able to get away while his teammate Joey Hand hassled the RLL Racing BMW driver Bill Auberlen for second.

He eventually got through in what some thinking Hand exceeded the track limits. Nonetheless, no call has been made by race officials and the 1-2 remains intact.

For Westbrook's co-driver Ryan Briscoe, this caps off a dream weekend where he missed all three practice sessions and qualifying for the birth of his second daughter.

The Stevenson Motorsports Audis looked like a lock in GTD until unforeseen issues befell both their cars. That opened the door for Scuderia Corsa to scoop up the win, edging Magnus Racing by 1.8 seconds at the checkered flag.

Three drivers piloted the No. 63 Ferrari 488: Jeff Segal, Christina Nielsen and Alessandro Balzan. Like Ganassi, Scuderia Corsa are also coming off a big win at Le Mans with Segal actually part of that winning lineup.