Front row for Ferrari at Daytona 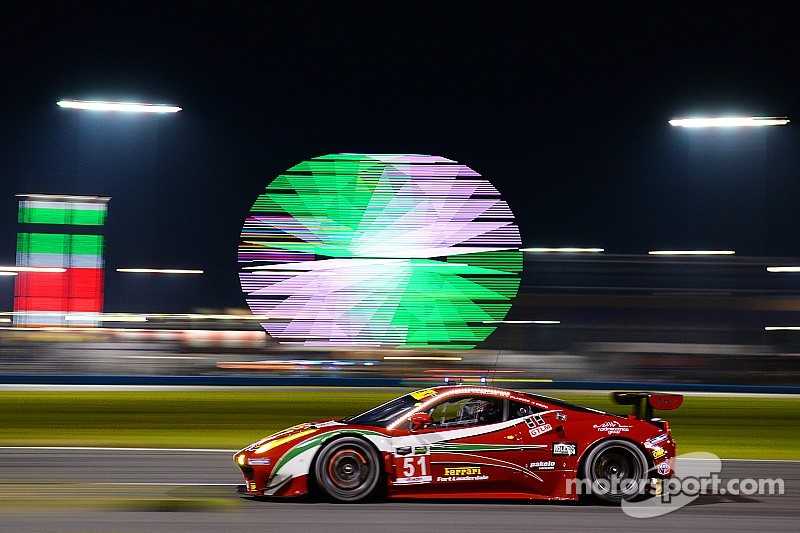 A strong qualifying performance by Gianmaria Bruni will see a Ferrari on the front row of the GT-LeMans class in Saturday’s Rolex 24 at Daytona.

Ferrari’s most recent victory at the Rolex 24 came in a thrilling finish in 2014, which was the marque’s tenth victory in the famous endurance classic. This year, two Ferraris are in contention for victory in GT-LeMans while three are in contention in the GT-Daytona class.

Bruni’s lap of 1:43.830 during Thursday afternoon’s qualifying session put the no. 51 AF Corse Ferrari 458 Italia in second position in the competitive GT-LeMans class. Bruni will share the car with Emmanuel Collard, Francois Perrodo and Toni Vilander in the Rolex 24 at Daytona.

Just a tenth of a second behind was the no. 62 Risi Competizione Ferrari 458. The car, which was qualified by Pierre Kaffer, who will be joined by former Scuderia Ferrari driver Giancarlo Fisichella, Olivier Beretta and Davide Rigon, will start Saturday’s race in sixth position.

With Daniel Serra at the wheel, the no. 64 Scuderia Corsa Ferrari 458 Italia led the three Ferraris in the GT-Daytona class. His time of 1:47.805 put the car in fifth position in the 18 car field. Serra will share the car with Francisco Longo, Marcos Gomes and Andrea Bertolini.

In 12th position was the no. 49 AF Corse Ferrari 458 Italia that was qualified by Matt Griffin which will also be driven by Pasin Lathouras, Michele Rugolo and Rui Aguas.

The Ligier JS P2 racks up yet another pole position!