General Motors’ plans for Prototypes and GT3 from 2023 onward will be revealed soon, according to Laura Wontrop Klauser, GM’s sportscar racing program manager.

Speaking after the launch of the Corvette Stingray IMSA GTLM Championship Edition, Klauser could not be more specific about an announcement, but seemed to hint that General Motors would remain in the top echelon of sportscars, as well as continuing with Corvettes in GTs.

She told Motorsport.com: “We’re hoping to have our final answer announced soon regarding what’s going on with Prototypes. There’s been a lot of work in the background, a lot of people it needs to go through, a lot of people need to make handshake agreements before we can announce either way, so that we can all be sure we’re on the same page. Unfortunately we haven’t achieved that yet.”

Asked if by “soon” she might mean at the 24 Hours of Le Mans, delayed this year until Aug. 21-22, Klauser replied, “There are a lot of rumors flying around… But I hesitate to commit because internally there was talk about a date when we might make an announcement, and that date has come and gone.”

In the IMSA WeatherTech SportsCar Championship, the Cadillac DPi-V.R has racked up 19 wins, including four Rolex 24 Hours of Daytona victories, since it was introduced in 2017. On the subject of whether GM would replace it with an LMDh car or a Hypercar – assuming IMSA would prefer not to need an equivalency formula for two different breeds of Prototype – Klauser replied: “Actually, IMSA haven’t made a final decision on that yet, so that’s another of the jigsaw pieces that they and we are trying to put together.”

Klauser did hint that a new Prototype would remain with Cadillac branding to keep it separate from the Chevrolet and Corvette brands which have become synonymous with the GT class, stating that, “We have the option, we could go either way, we’re not committed to have to do one or the other brand. But the Prototype is a very different car, so…”

With the GTLM class disappearing at the end of this year, to be replaced by GTD Pro – GTD/GT3 cars for all-pro driver line-ups – there has been much speculation as to the future of Corvette Racing and the chances of an eventual customer-based program for the C8.R, which emerged only last year and dominated the GTLM class.

“We’re still working through our plans,” said Klauser. “We’re slowly gathering the information for what the options are and where. IMSA has today clarified GTD Pro vs GTD and now it’s up to us to figure out what we’re going to do.

“The good news is, we’ve been working hand-in-hand with IMSA through all of this and they’ve paved the way for us to bring the cars into the series if that’s what makes sense, and then we can look at a future that includes the GT3 customer.”

Expanding on this theme, Klauser said: “The arrangement we’re working on with IMSA is that if we run the car in GTD Pro, we’d have to modify it per their specifications and it would only be eligible to run in GTD Pro. But that’s a temporary offer, and we would have to commit to a full GT3 program to follow. The year for that has not been determined, but we will not be able to run this car in GTD Pro indefinitely.

“Of course, IMSA would prefer that we were all on GT3-platform cars but they appreciate that we can’t just snap our fingers and have our current GTLM-spec C8.Rs converted to GT3 spec overnight. It’s quite a big tear-up, to be honest it’s almost like starting over. So they’re giving us a grace period, accommodating us so we don’t go dark while we prep a GT3-spec car.”

Providing GM does commit to a long term future with GT3-spec machinery, it is not yet clear whether the Corvette Racing team continues in its current format or whether GT3 Corvettes will simply be sold to customer teams.

“That’s all part of the discussion, too,” said Klauser, “and that’s another reason why it’s been complicated. It’s not just figuring out 2022, but further down the road. Had we known that GTLM was going away and that GT3 was going to be the way forward for IMSA, we might not have made the same decisions we made for the C8.R. We might have gone straight to GT3 for 2020, but we didn’t know that when we were evolving the car.

“There are specific rules with the GT3 platform to ensure that an OEM builds more than two cars, because they want it to be a customer platform. We’re extremely aware of those rules and we support that. It’s a strong platform and it’s exciting that we’re studying it and most definitely see it as an option, whereas in the past there wasn’t much appetite to explore that.” 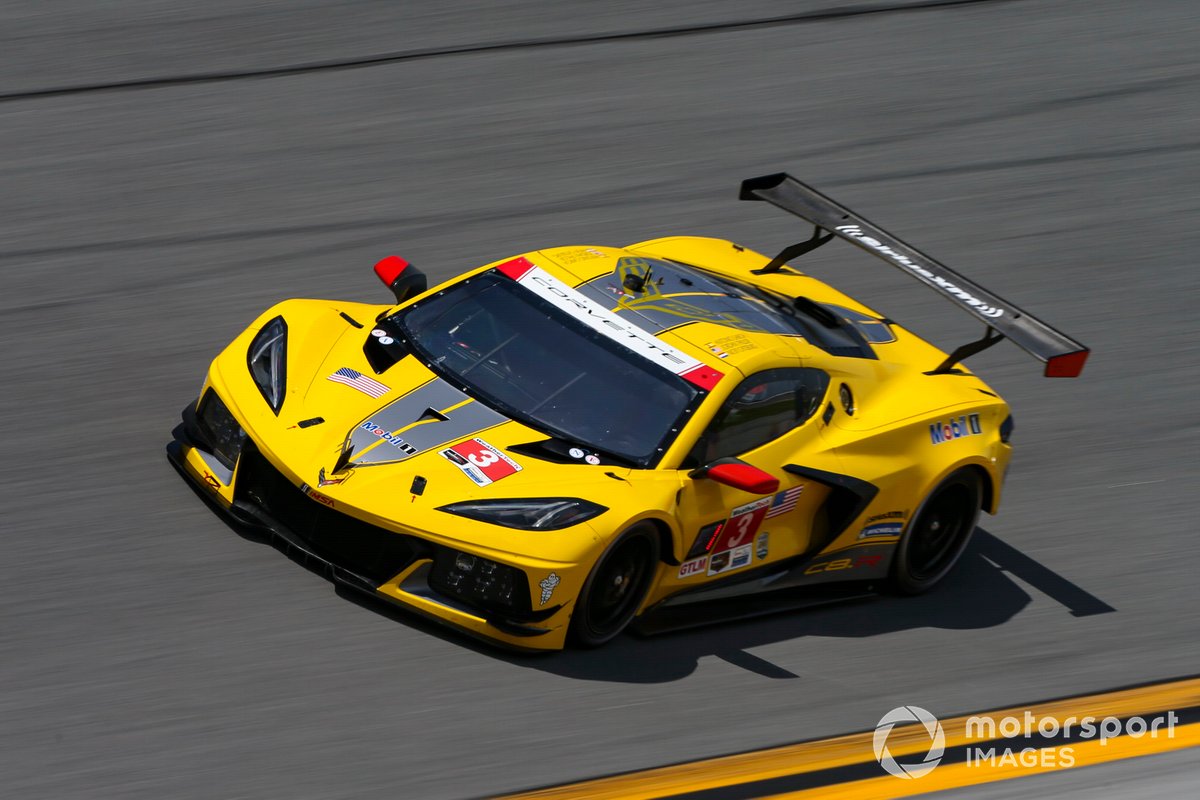