GMG concludes Sebring test as one of Audi’s top contenders 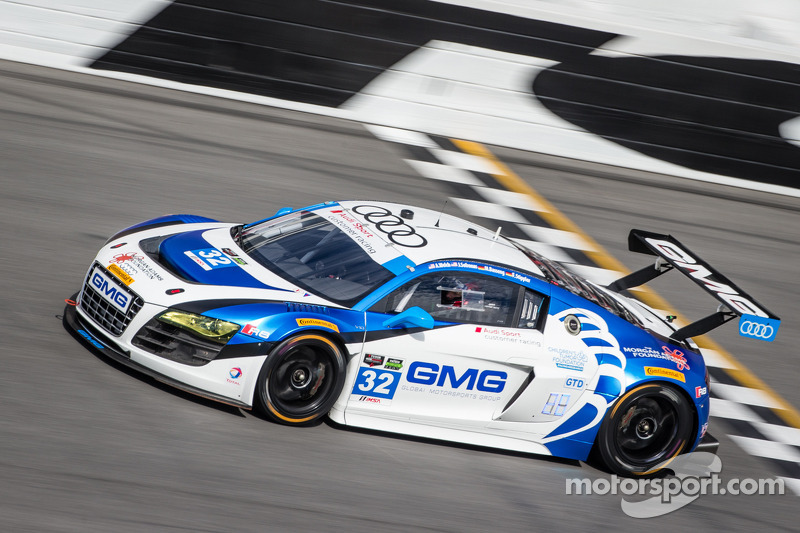 Practice for The 62nd Mobil 1 Twelve Hours of Sebring will begin in three weeks with the race taking place on Saturday, March 15.

SEBRING, Fl - Joining the majority of the IMSA TUDOR United SportsCar Championship in a two-day test ahead of the upcoming 62nd Annual Mobil 1 Twelve Hours of Sebring, Global Motorsports Group (GMG) emerged as the top Audi in the final session, and third among Audi entrants over the entire week. 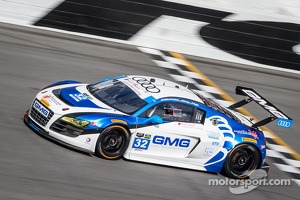 “After the huge disappointment at Daytona, we wanted to come back with a force,” stated GMG team owner James Sofronas. “The guys were able to build this car out from a new tub in five days, and hit the track with no real issues. These guys are awesome, there wasn’t a second’s worth of hesitation to make sure we got the car back together for Alex in time for this test. What a complete testament to everyone here. We learned a lot during the last two days, and I’m confident that during the 12-hour we’ll be stronger than ever.”

Following a massive accident at the most recent TUDOR Championship event, the Rolex 24 at Daytona, the entire crew of the No. 32 GMG Audi R8 LMS has been hard at work preparing for the upcoming Sebring round. With a commitment to run the entire Tequila Patrón North American Endurance Championship, the team has worked tirelessly in the weeks since Daytona preparing for both their next event at Sebring, as well as a full-season run at the Pirelli World Challenge GT championship.

Arriving in Sebring with an agenda of getting valuable track time at the tricky airport circuit, team drivers Alex Welch, Marc Basseng, as well as Sofronas experienced a flawless series of runs during the two-day test. Throughout the event, GMG managed to run trouble free focusing entirely on setup and valuable seat time.

For driver Alex Welch, returning to Sebring after finishing seventh with Sofronas and GMG in 2012, an opportunity to further his best finish is fresh on his mind.

“Our first run together in 2012 was strong and this is going to be a very competitive GTD field,” stated the Colorado resident. “We’re still aiming for a top five or podium, but we all know it’s going to take a perfect run and excellent pit work. Luckily, the quality of this team has shown through as they’ve prepared for Sebring and it was a very productive test. All the guys have done an excellent job getting us here, we’ll just have to see what’s next when we return in a few weeks.”

Practice for The 62nd Mobil 1 Twelve Hours of Sebring will begin in three weeks with the race taking place on Saturday, March 15. GMG will provide additional updates as they become available.