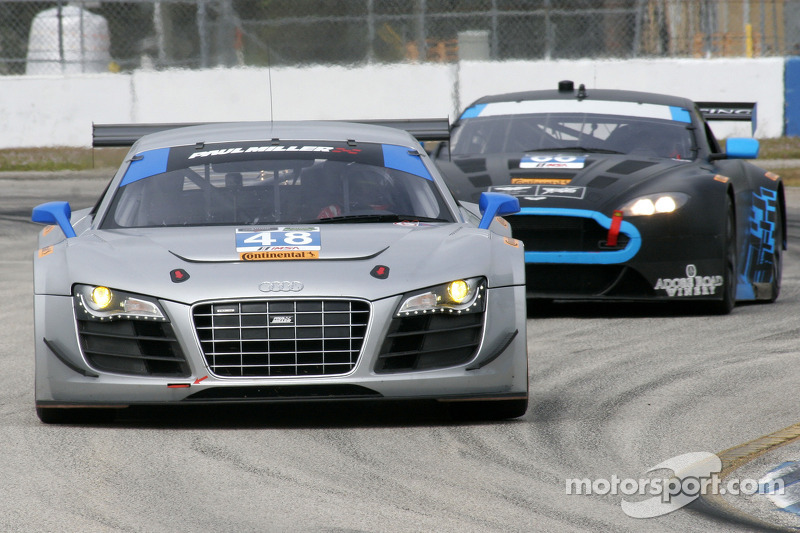 The GTLM category will include 12 entries from eight different teams. In GTD, 28 entries from 21 different teams were accepted. Manufacturers represented in both GTLM and GTD include Aston Martin, BMW, Ferrari, Porsche and Chrysler’s Street & Racing Technology (SRT) brand. GTD also will include Audi and another manufacturer to be announced, while Chevrolet will be represented in GTLM with its brand-new Corvette C7.R.

Among the criteria used to select teams was full-time participation in either the GRAND-AM Rolex Sports Car Series or the American Le Mans Series presented by Tequila Patrón in 2013. Those two series have merged to create the TUDOR Championship, which opens its inaugural season with the 52nd Rolex 24 At Daytona on Jan. 25-26, 2014.

“We are flattered that so many teams stepped forward to enter the TUDOR Championship, and we expanded our capacity to accommodate as many teams as possible,” said IMSA CEO Ed Bennett. “The overwhelming response we received from teams wishing to participate provided further validation for the merger. We believe the teams we have selected will provide world-class competition and will be our calling card as we embark on an exciting new era of sports car racing in North America.” 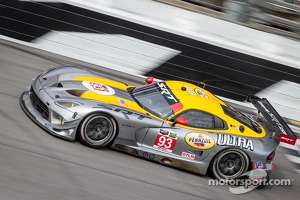 The GTLM class will include a pair of entries from BMW Team RLL, two from Corvette Racing, one full-season Ferrari entry from Risi Competizione and a second Ferrari for selected rounds from Krohn Racing in conjunction with Risi, two factory-backed Porsche 911 GT3 RSRs from Porsche North America, one Porsche 911 GT3 RSR – which will make its season debut in the Mobil 1 Twelve Hours of Sebring Fueled by Fresh from Florida in March – from Team Falken Tire, and a pair of SRT Viper GTS-Rs from SRT Motorsports. GTLM will also include a part-time entry from Aston Martin Racing. All submitted GTLM entries were accepted.

A pair of Aston Martins leads off the GTD entry from TRG-AMR North America. A total of five Audi R8 LMS machines will be fielded by GMG Racing (one entry), Flying Lizard Motorsports (two), Fall-Line Motorsports (one) and Paul Miller Racing (one). Long-time BMW competitors Turner Motorsport will field the lone BMW Z4 in the GTD category.

In the event space becomes available, Konrad Motorsport’s Porsche GT America is the first alternate in the GTD class. The second alternate is a second Ferrari 458 Italia from Level 5 Motorsports, followed by a third Ferrari from Scuderia Corsa and a second SMP/ESM Racing Ferrari.