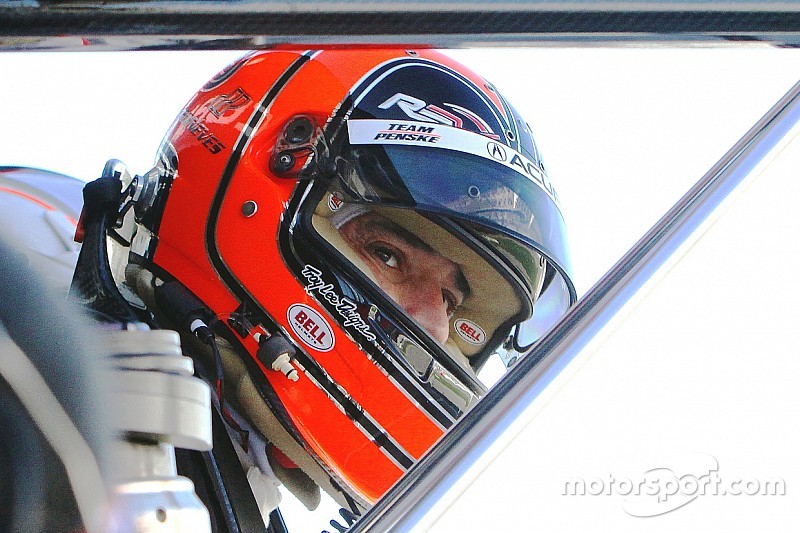 Three-time Indianapolis 500 winner Helio Castroneves says Fernando Alonso did a “great job” to hit the front in the Rolex 24 at Daytona – but claims the way he did it proves that his Wayne Taylor Racing team was sandbagging until now.

Acura driver Castroneves was running second when Alonso’s Cadillac steamed past him on the backstretch following a great battle between them just before dusk.

A few laps later, Alonso then went on to pass Rene Rast’s Mazda for the lead.

“The #10 was really strong,” Castroneves told NBCSN. “I was trying to hold him off and it was very tough. He learns quickly; Fernando did a great job.

“I was super-comfortable [racing with him] – I knew he’s already done the Rolex 24 and won the Le Mans 24 Hours, so he understands what he needs to do.

"We were both giving each other room, which was great up to a point, then obviously he was too strong and I wasn’t able to hold him off.

“The Wayne Taylor team might have been sandbagging at the beginning of the weekend but they are showing their power right now. We just need to keep with those guys, and I think it can be a big battle between us at the end of the race.”

Of his own race, Castroneves – who made a bold move at a restart to claim second – said his stint was plain sailing.

“Other than that the Acura Team Penske is running really smooth, but it was fun," add the Brazilian. "Let’s see what happens tonight when the rain comes.”