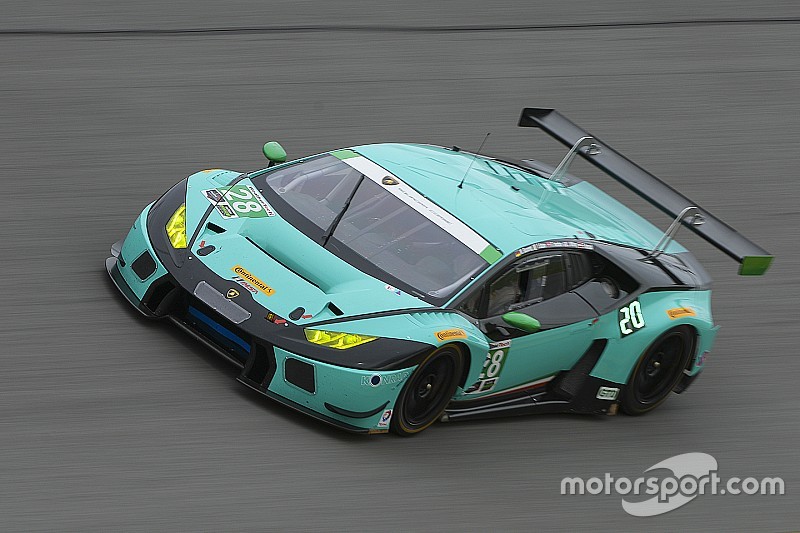 Daytona Beach, Fla. – Olivier Pla led the scoring charts for the second day in a row, joined by three new leaders in other respective IMSA WeatherTech SportsCar Championship classes during practice in the Roar Before the Rolex 24 At Daytona.

Katherine Legge led a fog-shortened morning session in the No. 0 Panoz DeltaWing Racing DWC13, running her final lap in 1:40.137 (127.985 mph) to edge out Ozz Negri. “It's exciting to be back at Daytona and fast,” said Legge, who co-drives with Sean Rayhall and Andy Meyrick.

“Being on pace and up with the leaders shows just how much we're improving,” Legge said. “The great news is that I still feel we have more to give."

Memo Rojas, a three-time overall winner of the Rolex 24 with Chip Ganassi Racing, is enjoying a new experience preparing for the 2016.

“I’ve done all my career with Prototype cars or open-wheel cars, so this is my first experience with a GT car,” said Rojas, who is testing with Scuderia Corsa in the No. 68 Ferrari 488 GTE that will make its competition debut in the GTLM class. “This is a brand-new car, and they just got it delivered at the track. Scuderia Corsa has done an amazing job with the car. So far, it’s been flawless, and they have been able to focus on the setup and getting time for the drivers in the car.

Things turned around quickly in the off-season for Ashley Freiberg as she went from searching for a seat to holding the keys to multiple rides for the 2016 season. Freiberg will co-drive the No. 96 Turner Motorsport Spectra Resources/United Steel/Valspar Paint/IHG Rewards Club BMW M6 GT3 during three of the four Tequila Patrón North American Endurance Cup races and also has landed a spot with the Starworks Motorsport Prototype Challenge team for the sprint races. She also is testing in the Continental Tire Challenge with the MINI John Cooper Work team.

“Honestly, I just worked my tail off to make it happen,” said Freiberg. “I know we had a great year last year, especially ending on a high note with the [Continental Tire SportsCar Challenge race] win at Petit and we were all working hard to find a place to put me here, and luckily, there was a place to put me at Turner. The PC deal came together last minute and that’s super exciting, too. I think it will be a really nice addition to what I have here [with Turner].”

Jöerg Bergmeister will be with a new team in 2016, driving the No. 73 Park Place Motorsports/Jet Edge Porsche GT3 R with Patrick Lindsey. They will be joined in the Rolex 24 by Matthew McMurry.

“Our focus so far is to give Matt some time in the car during the Roar, and then I’ll get in more track time during the race weekend,” said Bergmeister, a three-time class winner in the Rolex 24 – including the overall victory in 2003. “It would be nice to go home to Germany with another Rolex on the wrist – that’s definitely the goal – but there’s a lot of competition with good lineups in GTD, with a lot of new combinations. It’s definitely going to be exciting. I’m looking forward to running the full series. It’s a great series with great racetracks, and it’s always fun to race over here.”

“Now that I have my IMSA license, I’m officially a two-sport athlete,” said Major League Baseball star C.J. Wilson, who took his first laps in a professional race car on Saturday. Wilson was at the wheel of his new CJ Wilson Racing Porsche Cayman GT4 Clubsport that will compete in the Grand Sport (GS) class. While Wilson is not expected to compete in the 2016 season due to his commitments pitching with the Los Angeles Angels of Anaheim, he is planning to drive for his racing team in the future.

“Driving at Daytona is really cool, and the banking is really intense,” said Wilson, who turned laps in the afternoon session. His co-drivers are Marc Miller and Danny Burkett. “It’s not something you can simulate at any other track.”

The Roar Before the Rolex 24 concludes with a pair of practices for each series on Sunday, beginning at 9 a.m.

DeltaWing prototype tops a practice session for the first time