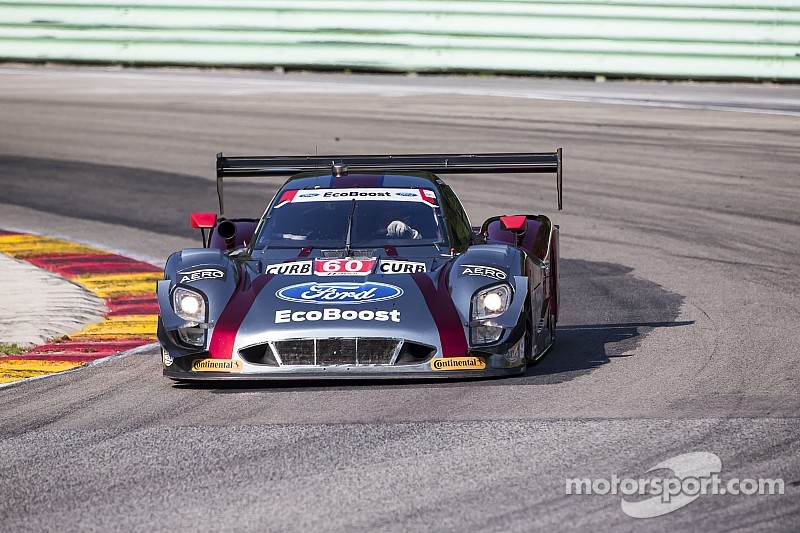 Elkhart Lake, Wis. – It was a huge day for Michael Shank Racing with Curb/Agajanian on Sunday as John Pew and Ozz Negri scored a strong podium finish for the Ford EcoBoost platform with a run to second place in the Continental Tire Sports Car Road Race Showcase at Road America in Round 10 of the IMSA TUDOR United SportsCar Championship.

Just moments after the champagne sprayed in victory lane at Road America, the news came through that AJ Allmendinger, who won the 2012 Rolex 24 along with Pew, Negri, and Justin Wilson, had broken through to score his first NASCAR Sprint Cup race when he won at Watkins Glen, beating another Michael Shank Racing driver Marcos Ambrose to the line to lock a spot in the Chase and add to his wide range of racing victories.

It’s been a tough year for us for sure,

“This is just unbelievable, I’m just so excited for everyone,” enthused team owner Mike Shank. “We’ve been working so hard and it’s tough when you go for a while without the results that you are chasing. So to be as solid as we were all weekend long and come out of the race with a second place, it is just incredible for my guys. Outstanding job by John (Pew) and Ozz (Negri). We keep working on the car and it keeps getting better and better and better. This weekend was a big step.

I just have to thank everyone for not giving up when it would’ve been easy to, with all the struggles we’ve been through this year. We’ll just keep digging and try to get better again at COTA (Circuit of the Americas). And what can I say about AJ?! I’m so happy for that guy and I think there are a ton of people out there that feel the exact same way. A great day, all around!”

Pew opened the race from seventh on the grid and stayed in the top-10 through his stint, which included a pair of very hectic restarts. Working to use his tools in the car to keep up with the changing balance, Pew was able to hold his ground before turning the car over to Negri, who returned to the pack 11th in the order. Making the most of good pace, and then some outstanding strategy from the Michael Shank Racing engineers, Negri was in podium position for two final restarts ahead of the checkered flag.

He made the most of the final restart to snag second place, giving chase to the winning Corvette all the way to the checkered flag.

“I had to get it done,” said Negri of the final restart. “Like John (Pew) said, it’s been a long time since we’ve finished on the podium and sometimes it seemed like it was never going to happen. The fuel-saving capabilities of our Ford EcoBoost engine meant we took less fuel and suddenly we were looking at the rear bumper of the No. 5 car with only a few minutes to go in the race. The team put together a great strategy that put us up front and we had the track position, then it was just a matter of picking the places and passing when I could.”

The podium marked the extension of a streak that stretches back to Michael Shank Racing’s first year in Prototype competition (2004), as the team has now scored at least one podium every year since moving to endurance competition.

“It’s been a tough year for us for sure,” said Pew. “It’s been a lot of work. Very tough for the team. They give it 1,000 percent every weekend, so this is good for them. We had a good car all weekend. It rolled off the trailer really good. The engineers did a great job. Our strategist made a great call as well on fuel at the end. We thought we might have to stretch things out but the yellow flags helped us a lot. My buddy here (Ozz Negri Jr.) drove a great race and it’s great for the team.”

Michael Shank Racing will return to IMSA TUDOR United SportsCar Championship competition at Circuit of the Americas outside of Austin, Texas next month.