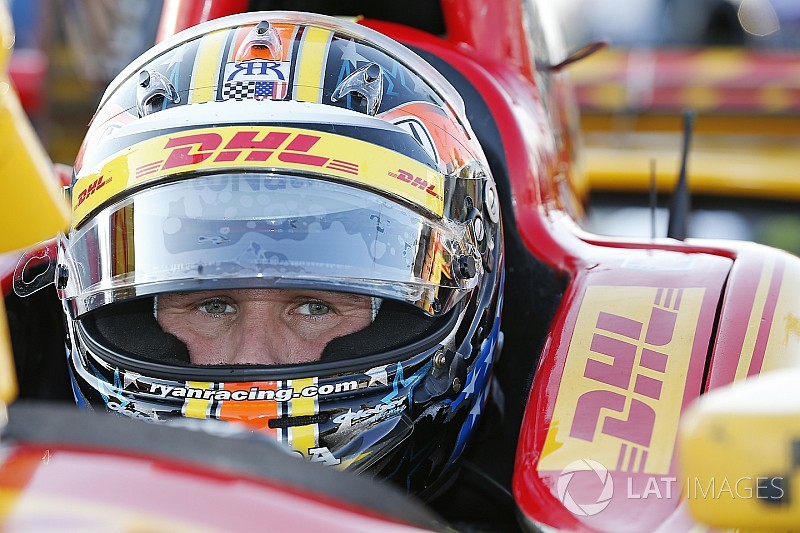 Hunter-Reay, who co-drove with the Taylor brothers when they finished second in the 2013 Rolex 24 At Daytona will replace Alex Lynn, who was the team’s ‘third man’ at the 12 Hours of Sebring but has a scheduling conflict.

Team owner Wayne Taylor said: “We are certainly looking forward to having Ryan back with us. I've always thought he's one of the best American drivers out there and he's enjoyed success with us before. He understands his job, which is to help Ricky and Jordan and the team secure the championship.

“He fits in very well. Everyone on the team likes him and is very excited about working with him again. We'll be testing with him Tuesday and Wednesday at Road Atlanta to start getting him acquainted with our new Cadillac, which should take no time at all.

“Alex obviously did an outstanding job for us at Sebring but, unfortunately, he had a clash with one of his other full-time rides for the season. Ryan was always at the top of our driver list, anyway, so all is well."

He commented: “Through our runner-up finish at the Daytona 24-hour and since then, I've formed a pretty close relationship with the team as a whole - Wayne, Jordan and Ricky.

“The team has done an incredible job this season with five wins and leading the championship from the first round at Daytona. My goal is to fit in seamlessly, contribute in any way possible but, most importantly, do whatever I can to help this group win the IMSA WeatherTech championship.”

The Taylor brothers lead the championship by 26 points with two rounds to go.