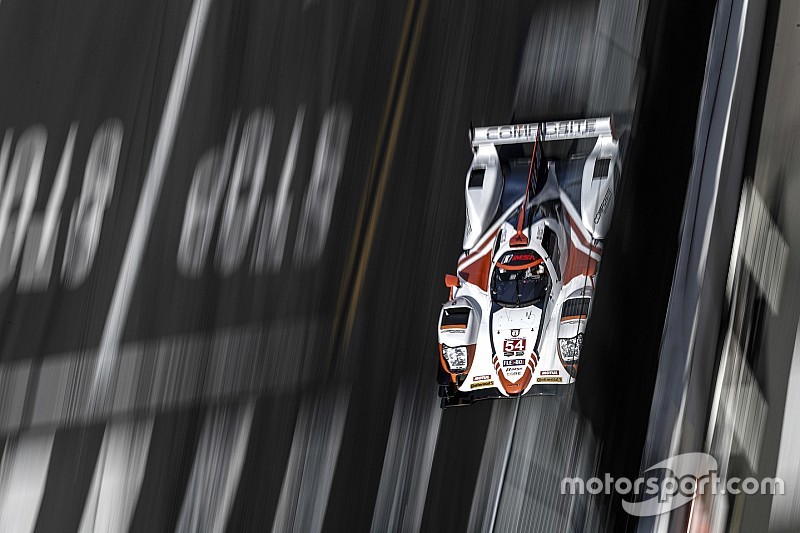 IMSA has announced that the LMP2 class schedule for its 2019 WeatherTech SportsCar Championship will be reduced from 10 to eight races.

As a result the DPi cars will be the only Prototypes competing in the IndyCar support races at both the Grand Prix of Long Beach and the Detroit Belle Isle Grand Prix in June, although LMP2 competitors are still eligible for the overall WeatherTech Championship title.

With Prototypes divided into separate classes for DPi cars and LMP2 in 2019, IMSA is trying to stimulate interest in the latter class. Both CORE autosport and JDC-Miller Motorsports – each of whom won races in 2018 with Oreca Gibsons – have elected to switch to the DPi class for next year, CORE running the Nissan program and JDC-Miller using the Cadillac DPi-V.R.

The announcement also revealed that the two prototypes classes will qualify simultaneously at their shared events, and that if there are fewer than three LMP2 entries, only the class-winning drivers and team at each race will be recognized in post-race podium ceremonies.

“With the start of the season now 50 days away, it is important that we timely share these revisions so that our stakeholders can further evaluate, and plan based on the refined sporting strategy for the class,” said IMSA President Scott Atherton. “IMSA remains committed to offering an attractive LMP2 platform for Pro-Am competitors.”