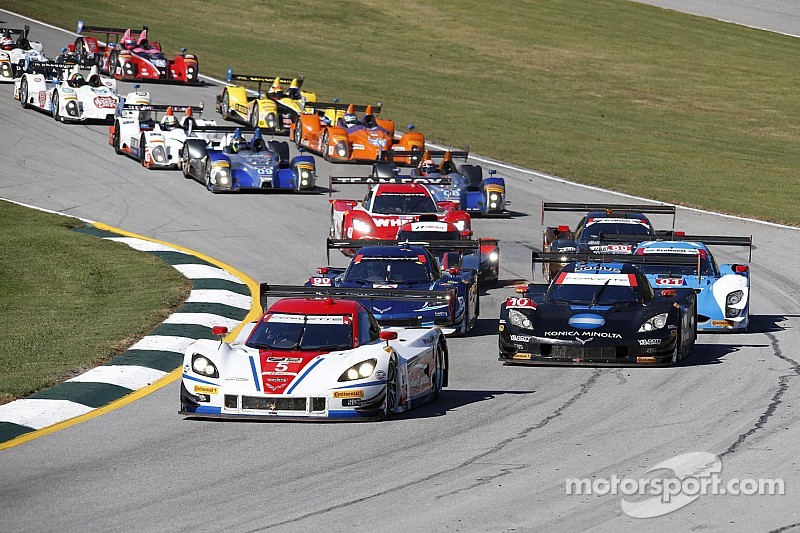 IMSA has announced sporting and technical regulations for 2015.

DAYTONA BEACH, Fla. (Dec. 11, 2014) – The International Motor Sports Association (IMSA) today delivered its 2015 sporting regulations and technical regulations to teams entered to participate in the TUDOR United SportsCar Championship in 2015 in advance of the annual Roar Before the Rolex 24 three-day test at Daytona International Speedway on Jan. 9-11.

“We requested and received feedback from the TUDOR Championship paddock and the overwhelming desire was to establish consistency as we enter our second season,” said Scot Elkins, IMSA Managing Director, Technical Regulations. “Today’s release of the 2015 rules and technical regulations is the result of extensive open dialogue with our competitors. That dialogue will continue throughout and following next month’s Roar Before the Rolex 24 test and into the 2015 TUDOR Championship season.”

While there were no significant changes to the technical regulations, the following are notable additions and revisions to the 2015 IMSA Sporting Regulations:

- To protect season-long driver pairings in the Prototype (P) and GT Le Mans (GTLM) classes, both drivers entered in a car will receive the same TUDOR Championship points in instances where a car starts the race, but does not finish.

- In the Prototype Challenge (PC) and GT Daytona (GTD) classes, teams may declare their season-long pairing in endurance races with lineups of four or five drivers. If the car does not finish the race, but the paired Silver or Bronze driver achieves the minimum driving requirement, the driver and the paired Gold or Platinum co-driver would receive the same points.

- The Jim Trueman and Bob Akin Awards no longer apply to the PC and GTD classes and now apply to the P and GTLM classes. The season-ending Trueman and Akin Award winners will have the opportunity to earn automatic invitations to the 24 Hours of Le Mans in 2016.

- In races with all four classes competing simultaneously, the starting grid will be split by category, with P and PC cars starting ahead of GTLM and GTD cars. The Prototype and GT fields will have separate race starts with a single safety car.

- Under dry conditions, the tires for the race start must be the marked tires from qualifying. A change in dry-type tires will result in the car being sent to the rear of the category grid. Under wet conditions the team has the option to start the race on wet or dry tires unless declared a wet race.

- All other back-of-grid penalties will result in the car going to the rear of the category grid.

In addition to the changes to the 2015 IMSA Sporting Regulations, IMSA officials also made reductions or eliminations in penalties for consistency, including a warning applied for the first offense in some cases.

DEKRA joins IMSA as official technical partner for 2015 and beyond