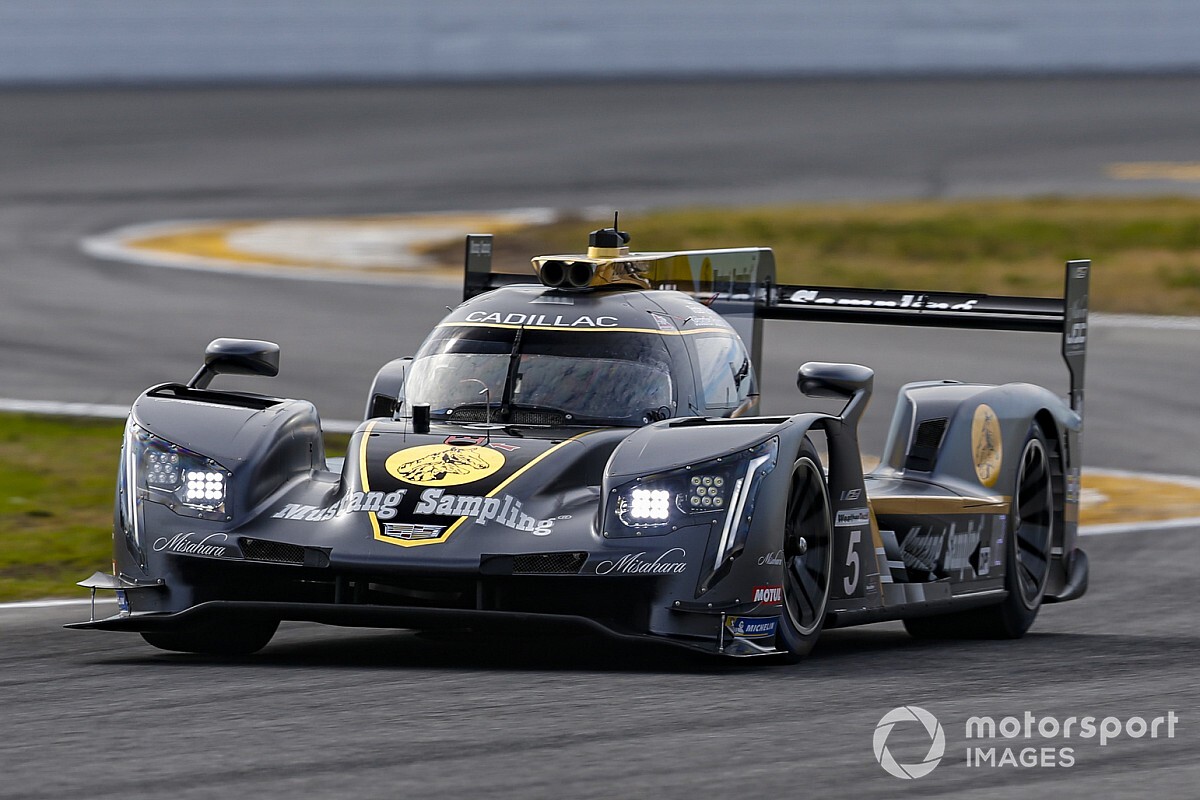 Mike Rockenfeller set the initial pace in the one-hour session with a lap of 1m36.639s in the Action Express Cadillac DPi he shares with Jimmie Johnson, Kamui Kobayashi and Simon Pagenaud. He was then eclipsed by Renger van der Zande in Chip Ganassi Racing’s Cadillac, who lapped in 1m36.127s.

The Acuras then entered the fray with some quick laps, as Dane Cameron in the Meyer Shank-run car and Helio Castroneves in WTR’s AXR-05 rose to second and third in the times, before Jonathan Bomarito showed Mazda’s hand by taking P2 with a lap of 1m36.26s, 0.133s off van der Zande’s best.

After a red flag to retrieve an errant Mercedes GTD car, new tyre runs changed the picture completely in the closing moments, with Vautier jumping to P1 in the #5 JDC-Miller Cadillac, 0.289s clear of Oliver Jarvis (who took over the Mazda) and three tenths ahead of Pipo Derani in the #31 AXR Caddy.

Van der Zande dropped to fourth, ahead of AJ Allmendinger (beating Cameron’s time in the Shank Acura), Castroneves and Rockenfeller.

In LMP2, Charles Milesi led the way – and was eighth overall – in Racing Team Netherland’s ORECA, 0.466s ahead of Tristan Nunez (WIN Autosport ORECA) and well clear of Nicolas Lapierre’s PR1 Mathiasen example, with Rinus Veekay close behind for DragonSpeed.

In GTLM, Kevin Estre set the early pace in the #79 WeatherTech Racing Porsche 911, before Jordan Taylor pipped him in the #3 Chevrolet Corvette, lapping in 1m43.906s.

Timo Glock was third fastest for BMW, ahead of Estre and the second BMW of Marco Wittmann.

The session was red flagged with 20 minutes to go for Kenny Habul in the #76 Mercedes, who went off at Turn 2.