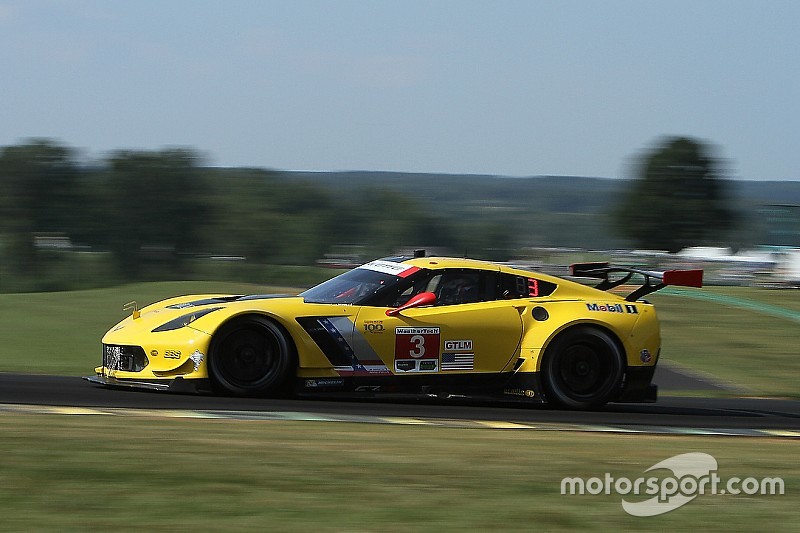 I’m really looking forward to this weekend at VIR and getting back aboard our Corvette C7.R for the Michelin GT Challenge.

This is one of my favorite tracks on the calendar – a real “old school” type of circuit which has a little bit of everything.

The run up through the esses is just brilliant. You can feel the car get quite light through here and its super fast.

It is a great opportunity this weekend to be able to race for overall win with no prototypes on the schedule.

Antonio Garcia and I are looking forward to trying to pull off our first win of the year. 2016 started really well – we came oh so close to winning the first race in a brilliant Corvette Racing 1-2 at Daytona and then got taken out at Sebring just as we had taken the lead.

Our luck just hasn’t been with us so far. On the other side of the tent at Corvette Racing the No.4 car with Tommy Milner and Oliver Gavin have had a great run and been able to grab four wins this year.

It is a bit of a mirror from a couple of years ago when Antonio and I won the championship in 2013 and then strung together four wins in a row in 2014.

The No.4 car had an awful run of luck during that time – it seems like there is a black cat somewhere that is jumping between the two cars.

Despite the fact we haven’t scored a win yet, Antonio and I are still in third place in the championship.

Chasing down Tommy and Oliver might be tough but finishing the year 1-2 in the points would be brilliant and we’re going to give it our best shot.

Winning the championship is the overall goal for Corvette Racing and if the other car has a shot at the title, we’ll do what we can to help.

The best way we can do that for the moment is to try to make sure we both beat the Ford.

VIR has been a great addition the championship in recent years and it will be really cool to race for the unique Michelin Man trophies they have up for grabs this weekend.

Sadly, I had to miss this race a couple of years ago when another car dropped a bunch of oil coming into turn three in final practice and both myself and Richard Lietz in the Porsche fell off the road.

Richard went off first and then my Corvette hit him. It wasn’t the best of days for either of us.

I ended up missing the race because the “lights went out” and I was knocked out briefly while Richard broke his arm.

Fingers crossed everybody has a safe weekend this time around.

This was one of the only weekends for the year where I was “double booked” – there is a Danish Thundersports race scheduled for this weekend as well.

I’m still second in the championship but missing this weekend will make it tough to win the title this year. My teammate Michael Markussen at Magnussen Racing Experience is third in the points so hopefully he has a strong weekend.

We’ve got two more weekends looming with one race in Norway and then back to Jyllands-Ringen for the finale on September 24-25.

While at VIR this weekend of course I’ll be keeping an eye on Kevin’s progress at Spa. Like his Dad, he really likes “old school” circuits like this but it still may be a bit of struggle as Renault keep working on bridging the gap and focusing on 2017.