Jan Magnussen: Another day, yet another podium 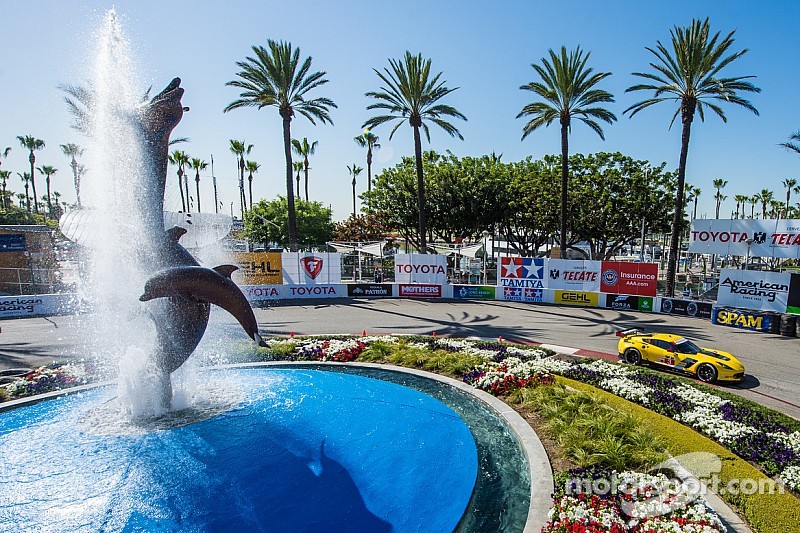 In his latest column for Motorsport.com, Jan Magnussen explains how it wasn’t quite third time lucky for his No.3 Corvette around the streets of Long Beach, after wins at Daytona and Sebring.

The pace of development in the GTLM class is pretty staggering, despite recording my fastest ever lap here in qualifying, we were only fourth on the grid.

It was interesting with the start as the new rules for this year mean the prototypes and the GTs have their own separate pace cars.

This can be good and bad. Last year it was great for us as Antonio (Garcia) made a great start off the pole and snuck in front of one of the prototypes, which held up the GTLM pack behind him.

Sometimes the GTLM cars with their all-pro line-ups are actually better on the brakes than the prototype cars. This can cause a headache – depending on the driver in the prototype – you can find yourself with some damage because the car in front has braked earlier than you.

That problem goes away now so hopefully our starts should be mostly clean.

In the race I really didn’t have the speed to stay with the BMWs and Ferrari – maybe our tire pressures were a little high. The good thing about our race is it was perfectly clean again.

While some of the other guys may have been faster, it is important to not make any mistakes and click off every lap without any problems.

Antonio had a trouble-free stint and we were able to hang onto the final step of the podium. Some days you have the pace, some days you don’t – but the important thing is to maximize your points at every opportunity.

The way the points work it is really hard to pull out a huge gap, but really easy to end up with one if you have problems early.

I’m really looking forward to the next race at Mazda Raceway Laguna Seca. This has been a very happy hunting ground for Antonio and myself. We’ve won there for the past two years and last season it was the second race of our four-wins-in-a-row streak.

While it doesn’t really give you an indication of your speed heading into Le Mans, obviously coming off that race with a good result is a great preparation for the trip to France.

We’ve won the Rolex 24 at Daytona, the 12 Hours of Sebring – now Le Mans is the next classic race in our sights. We finished second last year and it was only a small problem with an air jack that kept us off the top step of the podium.

For Le Mans this year we’ll have Ryan Briscoe with Antonio and myself for the first time. After taking Daytona and Sebring together as a trio, it is great to have the same combination through to Le Mans as well.

Before I head back to California for the next TUDOR round, I’m racing at home in Denmark this weekend in the first round of the Danish Thundersports Championship.

The way the calendar lines up, I’ll be able to do the full championship in 2015 and hopefully challenge for my fourth championship on home soil.

There are going to be a lot of frequent-flier miles – August is going to be crazy busy. I have two TUDOR races at Road America and VIR with three Danish races also crammed into those five weekends.

Thanks again for all the support from the Corvette Racing fans and all Motorsport.com readers. Looking forward to seeing you again in Monterey in a couple of weeks.