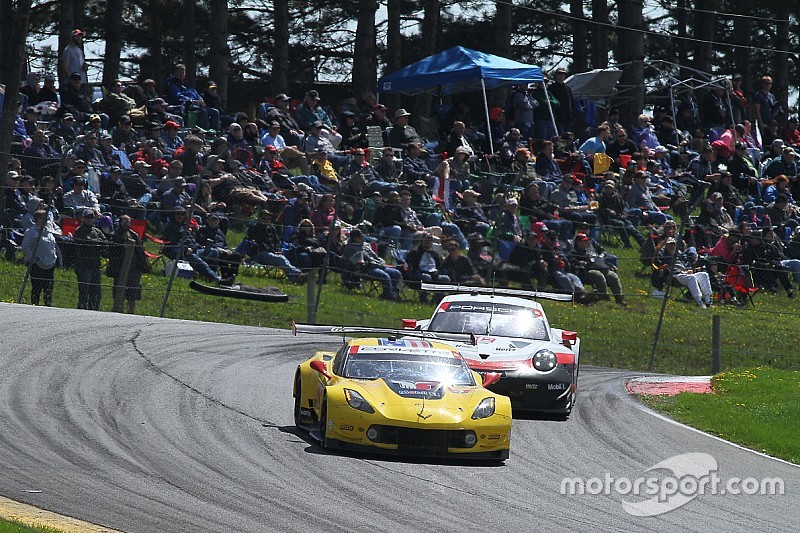 Motorsport.com columnist Jan Magnussen and co-driver Antonio Garcia were on the podium again for Corvette Racing in the IMSA WeatherTech SportsCar Championship GTLM class at Mid-Ohio, and here’s how…

We knew we could challenge for a podium at Mid-Ohio and we were right! The No. 3 Corvette Racing team did a fantastic job the entire weekend to give us a car that could be at the front, and more importantly, gave us the strategy that got us there. The MVP of the race for us was definitely our race engineer Kyle Millay. He pitted me earlier than our IMSA WeatherTech SportsCar Championship GTLM competitors and, when the stops cycled through, Antonio Garcia was in the lead!

It was a very pleasant surprise to be up at the very front after missing the mark in qualifying. Setup was kind of a moving target this weekend with the weather changing so drastically hour by hour: rain, fog, cold, heat, humidity, we saw it all! Unfortunately, we were slightly off on our tire pressures for qualifying, leaving us seventh on the grid.

But, luckily for Antonio and myself, we have someone like Kyle on our team that can make the good calls, as well as the always-incredible pit stops by our Corvette Racing team, that get us up front.We lost out to the No. 912 Porsche in the latter stages of the race, but held off their team car to cross the line second. The finishing order of this race is also the current standings in the championship. We broke our tie with the No. 911 and now we're in second all by ourselves and chasing down the No. 912. Just seven points to make up!

The second place finish at Mid-Ohio was definitely good in the championship fight, but we're still really looking for that win. We've had 12 podium finishes since we last stood on the top step, and while podiums are always great, we're definitely getting antsy watching other teams finish first.

Our next shot to go for the win in the IMSA series is at Watkins Glen in June, but before that, we go to Le Mans!Le Mans is always such an amazing experience, it's hard to believe my first time there was 1999. I'm still in awe every year. The fans, the track, the outright competition, it's one of the hardest races in the world and one of the most rewarding to win.

I've won at Le Mans with the C5-R and the C6.R, I'd really like to get a win in the C7.R there as well. We're so hungry for that win, for any win, and I think this podium at Mid-Ohio, our third in a row, will give us a good boost of confidence and momentum going into that weekend to help us out.

Last year we fought hard but just finished off the podium in fourth place. The year before was the one that hurt a little bit. We held the lead until the dying moments of the race when we were leading and had a tire go down on that final lap.

For Le Mans we’ll have Mike Rockenfeller back with Antonio Garcia and I aboard the No. 63 entry. This will be Rocky’s second year with us and it is great to now have him available for all the big endurance races – Daytona, Sebring, Le Mans and Petit Le Mans.

Having a guy come in as your extra driver that has won the race both in GT and overall in prototypes is a huge bonus for us. That experience in invaluable and all three of us can’t wait to get to France and kick things off.See you in France!