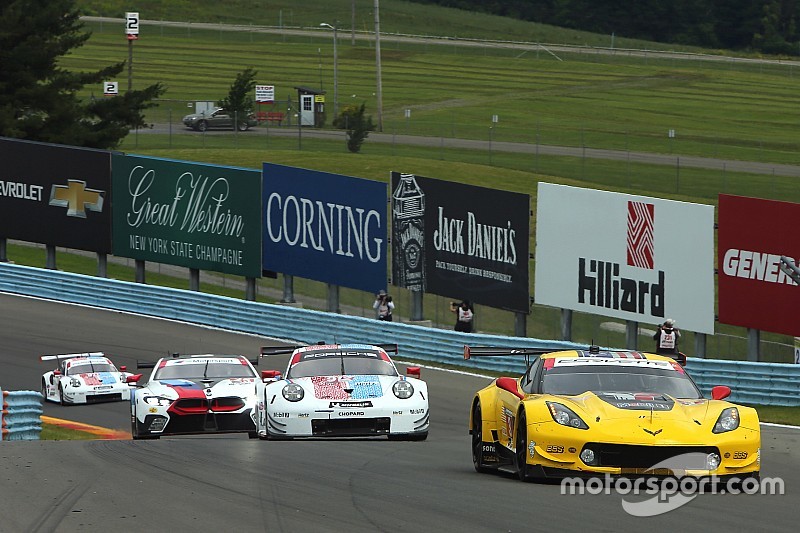 Motorsport.com columnist Jan Magnussen is enduring somewhat of a win drought in the IMSA WeatherTech SportsCar Championship for Corvette Racing, but he and co-driver Antonio Garcia came agonizingly close to ending it last weekend…

Another podium finish, the story of the last two seasons for us! That’s four podiums in a row, three second place finishes in a row in the IMSA WeatherTech SportsCar Championship.

The No. 3 Corvette Racing team was hoping to bounce back after Le Mans and I think we definitely did that at Watkins Glen. The weekend didn’t start out super well for us, the engineers saw something in the data in our very first lap of Friday practice that worried them, so we missed the entire session changing the engine.

It definitely put us a step behind at the early part of the weekend but, luckily, the Corvette Racing team is truly one of the best in the world at what they do. They fixed up the car, made some adjustments, and by the end of second practice we were second on the timesheets.

Even though we missed half a day of running, Antonio Garcia and myself were feeling really confident about our chances. We won at Watkins Glen in 2014 and finished on the podium the past two years. That, combined with how the car felt in second and third practice, I knew we had a chance at the front row and even the win on Sunday.

Antonio qualified the No. 3 C7.R for the team and set a record-shattering lap that put us on pole position. Even though pole doesn’t matter nearly as much at a six-hour race, it felt really good to be so far ahead of the field.

Now, the focus was on the Sahlen’s Six Hours of The Glen. Well, and the Austrian Grand Prix! Luckily, since Antonio was starting the car, I got to watch my son Kevin race in Austria from the pits. Unfortunately, it wasn’t the best race for him after a penalty pushed him towards the back, but it was nice that the scheduling worked out that way.

Our race was very exciting pretty much all six hours. We stayed in and around the lead group, and there were a couple of different pit strategies within the IMSA GTLM field. Kyle Millay made some great calls from our pit box, bringing us in at exactly the right time before a couple of cautions, and by the final 45 minutes we were running second of those that were good to go on fuel to the finish.

Those last 45 minutes were intense! It was way more nerve wracking to watch Antonio try and chase down the No. 911 from the sidelines than if would have been in the car.

Every lap Antonio was making up time on Nick Tandy’s Porsche and it was an amazing battle for the fans to watch. In the end, we came up just the tiniest bit short. Antonio was only 0.452 of a second behind at the line.

Even though we’re happy to be on the podium, and we’re now just one point out of the championship lead, these finishes almost hurt more when you know you were that close.

But, even though it’s tough to be this close and not get the win we so desperately want, I’m still really happy with the result. It was my 150th race with Corvette and I couldn’t be more proud of this team. Even after all these years, we are still constantly getting better and better.

The first 150 races have been amazing. I’m so proud of this team and everything we’ve accomplished together. I can’t wait to see what else we are able to accomplish together, and hopefully the 2019 championship is in the cards!

I think we’ll make another big push towards that this weekend at Canadian Tire Motorsport Park.

The Corvette team always likes to head up to Canada and visit CTMP, and not just because we get to see my old teammate Ron Fellows! The fans up there are super passionate and our cars usually run well at the track. Usually if you have a good run at Watkins, you can carry the momentum into Canada, so here’s hoping we go one better next weekend and get the win!

Fassler to sub for injured Milner in Corvette at CTMP