Jan Magnussen: Bittersweet races for Kevin and myself 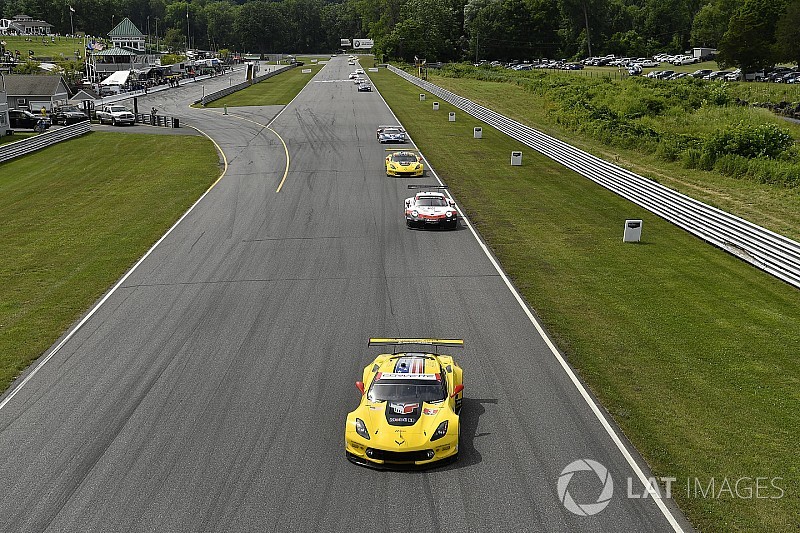 Motorsport.com columnist Jan Magnussen reflects on a good finish at Lime Rock Park, but it could have been one place better in the IMSA WeatherTech GT Le Mans class.

Last weekend was pretty bittersweet – not just for both myself and Corvette Racing at Lime Rock Park but also Kevin at the German Grand Prix.

The good news is, we’ve managed to score three consecutive second place finishes at Lime Rock with my teammate Antonio Garcia, and we now are only one point out of the championship lead. The bad news we’re still a little disappointed that we didn’t pull off the first Lime Rock Park GTLM win for the #3 Corvette to give the team its 100th win in IMSA competition.

It is hard to swallow. It is tough because we had such a great car. Everyone did a fantastic job all weekend – the crew, the engineers, everybody. It was just a little bit of a longer stint for the tire compared to what the Ford had there at the end. It got difficult.

He (Joey Hand) was catching me. I think I could have held him off a little bit longer than I ended up doing, because I got into the marbles passing a GTD car on the inside of the last corner, and it just threw me wide off the track. [Hand] drove by and that was it.

I know going that long on the tires was going to be a challenge, but second place isn’t bad. We caught up in the championship which is good. The car is almost in one piece. On to Road America and see if we can do better.

Podiums are nice. They are really good for a championship, but when you lead 80 percent of the race, you want to win. I would be lying if I said I wasn’t disappointed, but for everybody it is a good result. I just wanted a little bit more for all the hard work the team put in.

This time last year we had seven-point lead in the championship, so 2018 is certainly going to be a bigger challenge.

We have four races to go so our main objective is going to be to finish ahead of those Fords. Those guys were really strong at Road America last year so we’ll have to be at the top of our game. Last year’s championship was tight – I think this year is going to be even tighter.

We haven’t managed to take a win so far this year. Consistency is the key, and you could actually win the championship without winning a race, but a couple of maximum points finishes would certainly help.

Antonio and I have won at Laguna Seca before and we’ll be going for our third win in a row at VIR. We’re certainly going to be giving it our best shot.

Late drama for Kevin too at Hockenheim

Kevin left the German Grand Prix also a little frustrated and wondering “what might have been”. It seemed like the theme of the race weekend for our family.

He did an awesome job to be fifth in qualifying and then ran in sixth place for much of the race. When Vettel crashed they switched both cars to intermediates and then came back in for slicks once it quickly dried out.

Sadly that pushed Kevin out of the points – a disappointing end to what was looking like a brilliant weekend. But that is the joys of motorsport sometimes – there are days when it all goes wrong and other days when you get late race surprises.

Kevin is off to the Hungaroring this weekend. While he hasn’t managed to pick up any F1 points there, back in his Formula Renault 3.5 days he picked up a win and a second in both 2012 and 2013.

I’ll be looking forward to another strong weekend for him before I pack my bags and head back to the US for Road America – one of my favorite tracks on the IMSA schedule.