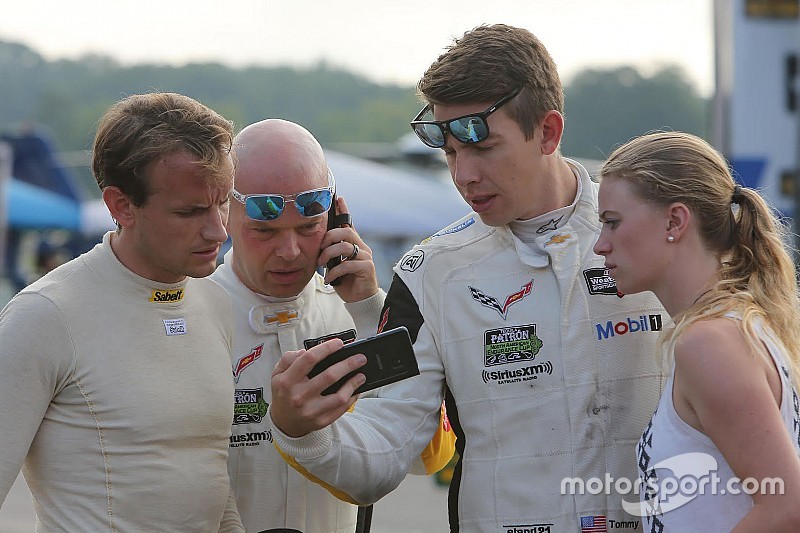 Motorsport.com’s Jan Magnussen raced in IMSA on Sunday following son Kevin’s huge F1 shunt at Spa, and ended the day a winner for Corvette at VIR.

I’m not going to forget last Sunday in a hurry – what an amazing day that was a mad roller-coaster ride of emotions.

The Formula 1 race started right at the same time as the warm-up at VIR, so when you look down at your phone and start reading the news it is pretty alarming. I spoke to him just after he was coming out the medical center, and he said everything was fine so that was comforting.

What wasn’t comforting was watching the video… My state of mind would probably have been better had I not seen it!

He was pretty sore, obviously, but very confident he is going to fine and ready for Monza this week.

As a father, whether your kids are three or 23 they are always on your mind and seeing something like that is pretty worrying.

Time to focus on the job at hand

Once I got in the Corvette for our race however, it was time to focus on my race.

We had tested during the week at Road Atlanta and made some very good progress. It wasn’t like we found a new magic setting or installed new ‘go fast’ bits that made the car quicker, we just learned how to get the best out of what we had.

We had been fastest in the final two practice sessions then I managed to get pole which was very rewarding.

It was my first pole since Long Beach two years ago so it was nice to be able to be back at the top of the list. Qualifying is one thing, but the race is pay day!

I got a great start to lead into Turn 1 at VIR and was able to hold the pack at bay. We had worked closely with our Michelin engineer to work out our tire pressure strategy.

It is a really important part of the car set up. You want to have the pressures just right to get the most of the car.

Antonio [Garcia, my teammate] did two awesome stints to bring the car home. Our only scare was the late full-course yellow which meant we had a one lap dash to the finish to take the flag!

All in all, we really had a perfect race. The only time we lost the lead was during the pit stop shuffle and the car was really strong.

It was obviously super rewarding and great to be back in victory lane. We came so close at Daytona this year, got punted off just as we took the lead at Sebring but now we have ticked the box and got the trophy… and a pretty cool trophy as well!

For Corvette Racing it is a team effort and the manufacturer’s and team’s title is just as important as the driver’s crown.

We’ve closed the gap in the points to the second place Ford now, and obviously the win is a big help in the manufacturers points.

Sadly, Oliver [Gavin] and Tommy [Milner] had a rough day but they still hold the driver’s points lead with two races to go.

Hopefully we can keep pushing and a couple more results like we had at Lime Rock where Corvette Racing was 1-2 will help us in our goals.

Overall, VIR was certainly a huge bittersweet day. Thrilled with our success but very relieved Kevin is OK.

Next up we’re off to the Circuit of the Americas. Our car traditionally hasn’t been fantastic there in the past, although we did manage to pull off a win there a couple of years ago.

It would be brilliant if we could do that again.

See you in Texas!

Mowlem to retire “on own terms” from professional ranks