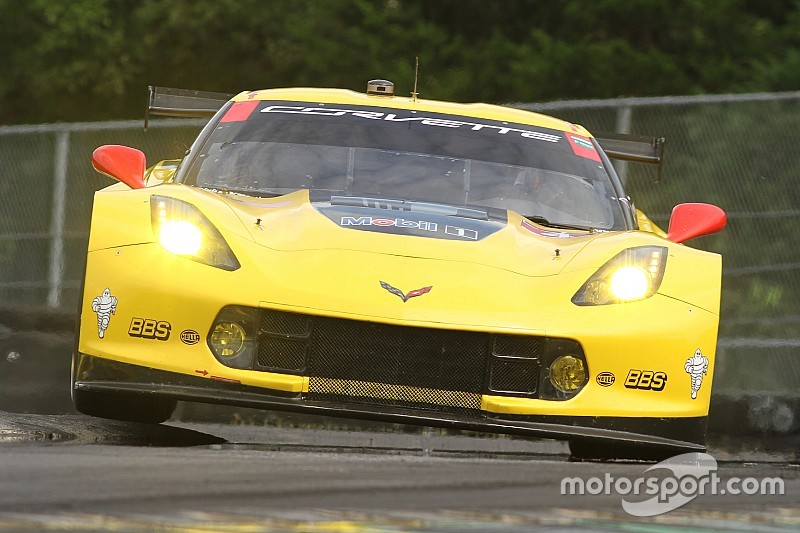 In his latest column for Motorsport.com, Jan Magnussen is fearful for the No.3 Corvette team’s title chances and thinks it is fighting a losing battle due to the rulemakers…

We have our sights set on the next race at Circuit of The Americas next weekend, after a challenging day recently at the Oak Tree Grand Prix at Virginia International Raceway.

In regards to the Balance of Performance in the TUDOR United SportsCar Championship, it’s far from the perfect situation at the moment and I think it’s tough on everyone at Corvette Racing to be in this situation. We don’t feel that we can race on equal footing with the others right now.

Having said that, I think that the team did a fantastic job at VIR, Antonio drove like he has been all year, he’s been fantastic. I think we got the most out of it.

The situation looks very much like it did in 2014. Last year we were leading the Championship at VIR but lost it soon after. This year is the same.

It’s frustrating as hell. But that’s what we got, and it will be what we have at COTA and Petit Le Mans. We’ll just have to make the most of it and make sure that we’ve done all that we can.

Victim of our own success

The Corvette C7.R has the most weight and smallest fuel tank of anybody in the GTLM field – looks like we’re a victim of our success at Daytona and Sebring.

It’s not a nice way to go racing when your results depend on other people’s mistakes but that’s where we are right now.

We’ll try and run our own race, push ourselves as hard as we can and then hopefully be able to take advantage of the opportunities that might come in the races.

That’s all that we can do, it’s not really rewarding but that’s what we have to deal with.

Looking ahead to Petit Le Mans

Corvette Racing really shines in the endurance events and it would be fantastic to cap off the year with a win at Petit Le Mans but I don’t know that it’s on the cards.

In the long races, it’s much more of a team effort. You have to minimize the mistakes in the pits, you have to make sure that the strategy is correct and you have to be flexible.

There’s a lot more than just being able to go fast over one lap. You have to know when to push, when to look after the tires, when to save fuel.

Racing back home too

Back home in Denmark, I was able to close the gap a bit in the Danish Thundersports Championship in the most recent round.

I’m now second, 12 points back. However, it was kind of an up and down weekend.

I didn’t get a lap in when I needed to in qualifying, and I ended up P3 on the grid. I did go on to win that first race so qualifying didn’t end up being that much of a problem, since I did get maximum points out of it.

Then the second race was a huge fight but on the second to last lap I was involved in a huge incident.

Luckily I made it out OK but the car I was fighting with – not so much – so the race was stopped a lap early because the accident was taking up the entire straight.

The car came across me on the straight but he tried to block me but I was already up on the side of him, he spun around, very similar to my accident at Laguna a couple of years ago. His car was completely destroyed.

My car was fine, just a scratch on the front corner but he completely misjudged how far alongside of me he thought he was. We kind of got stopped in traffic and then he came across to try and block me but I was already there.

His car slammed into the guardrail and broke in half. It was completely destroyed with the fuel cell out in the middle of the straight!

It was pretty big but thankfully he was OK!

Check it out here…

We have two more weekends to go, six races, which means we have a very realistic shot at the championship because we have so many heats and a bad weekend shouldn’t take away the chance of a title. The rule is that you get to throw away three results and when you do that right now, I’m leading the championship.

Every lap it’s a fight out there. It’s very tough all of the time. Plus in the second race every weekend we invert the top eight. The race length is the same but if you win the first race, you start eighth in the second.

That always creates some pretty crazy battles and that’s what happened at the last race.

Scuderia Corsa storms to victory in Virginia, podiums in Utah