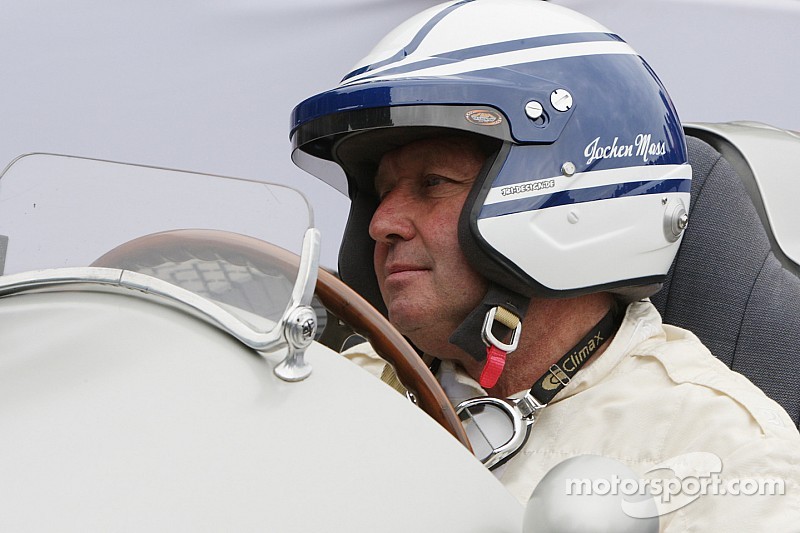 Racing legend Jochen Mass will serve as the Grand Marshal in next year's race.

DAYTONA BEACH, FLORIDA – Legendary German sports car and Formula One driver Jochen Mass will serve as the Grand Marshal for the 53rd edition of the Rolex 24 At Daytona on January 24-25, 2015 at Daytona International Speedway – the season-opening event for the IMSA TUDOR United SportsCar Championship.

In his role as Grand Marshal, Mass will deliver the command, “Drivers start your engines,” for the demanding 24-hour sports car race staged on the track’s 3.56-mile road course. Mass joins other racing legends such as David Hobbs, Hurley Haywood, A.J. Foyt, Dan Gurney, Vic Elford and Brian Redman who have served as Grand Marshal for the prestigious twice-around-the-clock challenge.

“Jochen Mass is an endurance racing legend as well as a veteran driver in Formula One,” Daytona International Speedway President Joie Chitwood III said. “It’s an honor to have him preside as Grand Marshal for the Rolex 24 At Daytona to deliver the starting command as we kick off the 2015 racing season.”

Notable victories for Mass in his sports car career include the 12 Hours of Sebring with co-driver Bobby Rahal in 1987 and the 24 Hours of Le Mans in 1989 with co-drivers Manuel Reuter and Stanley Dickens.

Between 1973-82, during his Formula One career, Mass made more than 100 starts and earned his lone victory in the 1975 Spanish Grand Prix.

Petit Le Mans: miss it and risk missing one of the best races this year

Two championships in sight for Ferrari at Petit Le Mans