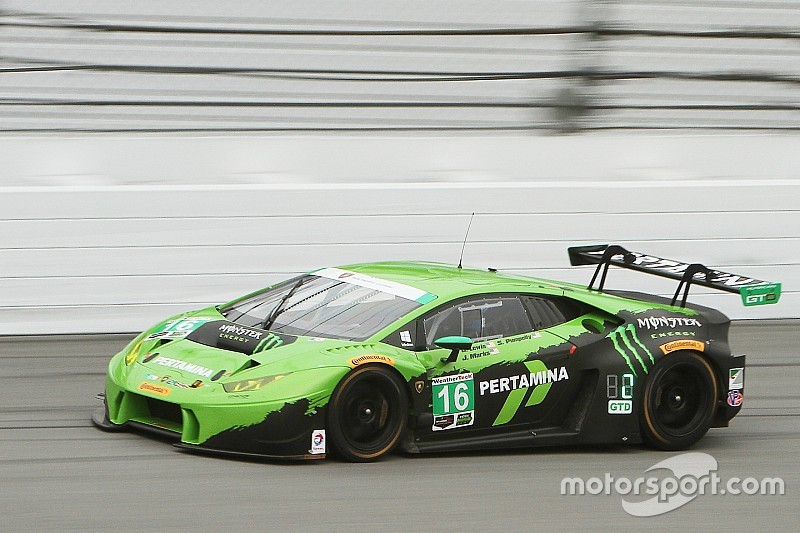 Add Justin Marks to the group of drivers with NASCAR experience who will tackle the 2016 Rolex 24 at Daytona.

Marks, who has made more than 50 starts in NASCAR’s Sprint Cup, Xfinity and Truck series since 2007, has been added to Change Racing’s driver roster in the GTD Class for this year’s Rolex 24.

He is participating in testing with the team this weekend at Daytona International Speedway.

“Justin is an outstanding addition to our driver line-up,” said team principal Robby Benton. “He’s fast, knows how to win this race, and already has a great relationship with this team. So, we are really happy to have him back with us.

“Having Justin race for us in our Super Trofeo program last season was a good way to prepare for this next chapter together. As a team, this is our first Rolex 24, so having guys that have not only experienced the race, but also won it before, that is a big help.”

Marks, 34, earned a GT class victory in the 2009 running of the Rolex 24, and joins Change Racing full-season drivers Spencer Pumpelly and IMSA rookie Corey Lewis to share the driving duties in the No. 16 Lamborghini Huracán.

With experience in NASCAR, IMSA, Grand-Am and ARCA competition, Marks has an extensive racing resume that stretches back to his sports car racing start at just 18 years old. Marks began to focus on stock car competition in 2006, driving for RAB Racing.

“Lamborghini and its partners have done an incredible job designing, constructing, and developing the Huracan GT3 machine. I look forward to getting on track and getting to work,” Marks said.

Jamie McMurray and Kyle Larson, both fulltime drivers in NASCAR’s Cup series, are also driving in the Rolex 24, entered in a Prototype entry for Ford Chip Ganassi Racing.

Corvette Racing at Daytona: Roar Before the 24 test program complete