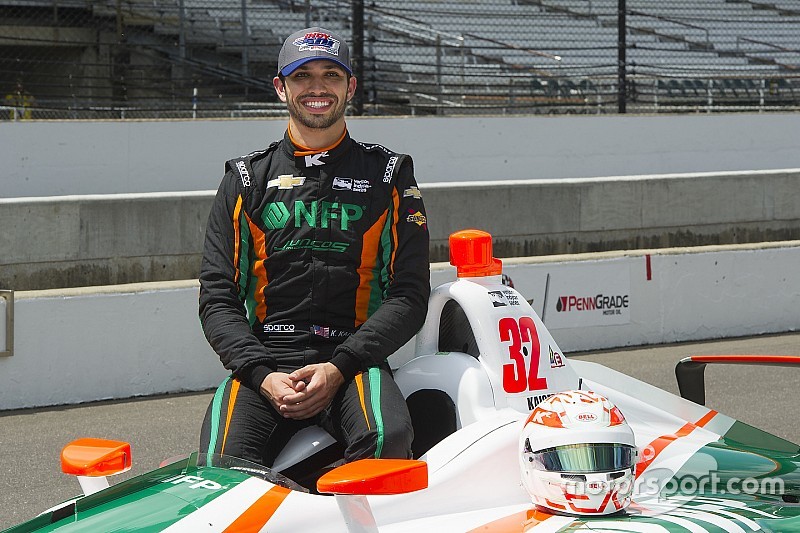 Juncos Racing has announced that Kyle Kaiser will join the team for its debut in the IMSA WeatherTech SportsCar Championship Prototype class at the Rolex 24 at Daytona.

Earlier this week, Will Owen was confirmed as one of the #50 Cadillac DPi-V.R’s two fulltime drivers and now team owner Ricardo Juncos has confirmed another open-wheel rising star for IMSA’s most prestigious event.

Kaiser, who won the 2017 Indy Lights title with Juncos, competed in four IndyCar Series events last year including the Indianapolis 500 where he qualified an impressive 17th and retired only through mechanical failure.

Kaiser, who first joined Juncos Racing in 2014 running in the Pro Mazda Championship, will make his official debut in the 2019 IMSA WeatherTech SportsCar Championship beginning at the ROAR Before the 24 in early January.

The Californian said: “It’s very special to have my first experience in endurance racing at such a historic event with the organization I have been a part of for the last five years of my career.

“I have been impressed with the incredible progress the team has made over the last month preparing for the race, and I have the utmost confidence our program will be extremely competitive with the Cadillac power behind us. I am anxious to get behind the wheel of the DPi and continue our preparation for the race.”

Juncos commented: “Not many teams can say they have had the chance to work with the same driver in four different series during their career, which shows Kyle’s commitment and confidence with Juncos Racing.

“We are thrilled for the opportunity to continue our relationship with Kyle and would like to thank Kyle and sponsors for their dedication to our team.”