Busch on Lexus brakes: “You can drive the snot out of them!” 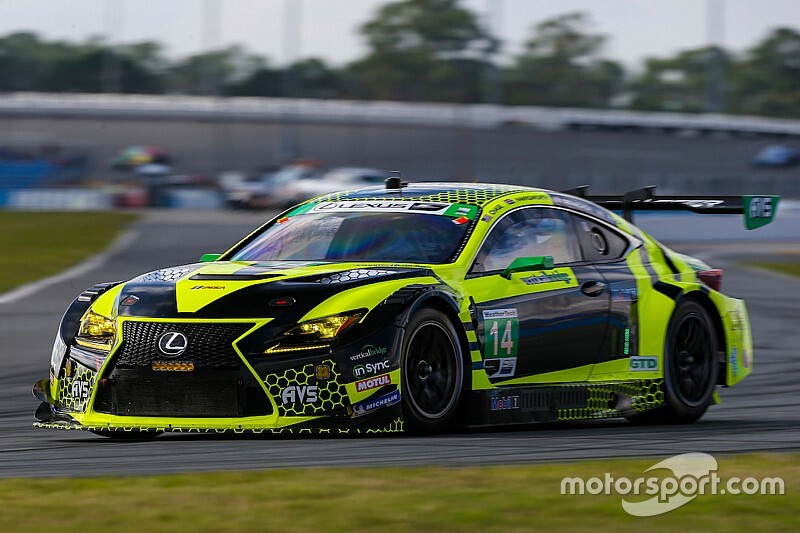 Reigning NASCAR Cup champion Kyle Busch says he was encouraged by progress on his first day in the AIM Vasser Sullivan Racing Lexus RC F that he will race in the Rolex 24 at Daytona later this month.

Busch, who won his second title last year with Toyota, was called up to drive for sister brand Lexus for his debut in the twice-around-the-clock sportscar classic in the GTD class.

During his opening five-lap stint around the Daytona road course in the Roar Before the 24 test, he lowered his laptime from 1m50.958s to 1m48.544s – putting him on a par with other regulars in the class on used tires. He ended the session 1.5s off his teammate Jack Hawksworth, with whom he’d spent a day with at the TRD simulator at Salisbury, North Carolina.

Following his first on-track session, Busch told media that he’d found the car’s ABS brakes the biggest aspect to adapt to, fitted to a car that’s also much lighter than his NASCAR Camry.

“The braking is certainly the biggest adjustment,” said Busch. “I’m used to our big heavy stock cars, where you have to start the slow-down process way early and the braking zone is forever. And then, by the time you turn-in, you gotta to be off the brakes because otherwise the inside wheels will lock up and you'll skid the tires.

“You also have to take care of the brakes on the Cup cars because the cars are so heavy, and [the brakes] are steel, so you can really overheat them, and create a soft pedal. So it’s a completely different technique that you've got to work with.

“On these cars you can drive the snot out of them! You can just throw it into the corner as far as you feel like you can get in there, and stomp the pedal as hard as your leg will allow you to do it. You figure out where the apex is, and get through that and exit, so it's just completely different in that aspect but, [racing] lines and driving around the track and throttle application, that sort of stuff, is pretty relative to what the car feels like for its weight and downforce.”

Busch also admitted to blowing through the Bus Stop chicane on the backstretch on one occasion as he sought to find the limit.

“I was definitely getting more comfortable and pushing a little bit more and more,” he added. “My last lap on the track I threw it into the Bus Stop about 50 feet past where Jack was [braking] – so that was too far… Noted!

“I'm ready to kinda fine tune my marks a little bit more now, and just get more finesse. Right now it’s pretty sloppy I feel like. Once I can get some laps out there, and get a sense for where I need to be, it'll clean up and be easier to run.”

Dalla Lana drops out of Rolex 24 with skiing injury