Dane Cameron and Helio Castroneves sent the two Acura Team Penske ARX-05s to the top of the times in second practice for the IMSA WeatherTech SportsCar Championship’s penultimate round. 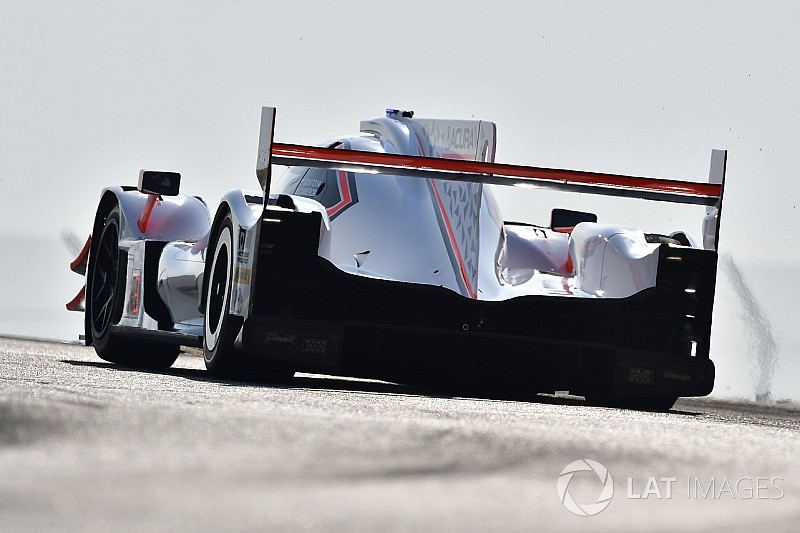 In the final couple of minutes of the one-hour session, Helio Castroneves found a clear enough 2.238-mile lap to set a 1min16.980sec time, before Cameron in the #6 sister car eclipsed him by 0.115sec with his final effort.

Cameron’s time was 0.383sec clear of the fastest Cadillac, the #5 Action Express Racing entry piloted by Filipe Albuquerque, although the next four cars were covered by just one tenth.

Fourth place went to Colin Braun in the CORE autosport Oreca, fifth to Jordan Taylor in the WTR Caddy, while Jonathan Bomarito recovered from the #55 Mazda’s mechanical issues with an excellent 1min17.349sec effort.

The Fords were again 1-2 in GT Le Mans, but this time Dirk Muller put the #66 machine 0.16 ahead of the #67 driven by Ryan Briscoe. Magnussen was again the faster driver in the #3 Corvette, turning third fastest time ahead of teammate Tommy Milner in the #4 C7.R.

Meanwhile John Edwards managed to get one of the BMW M8s ahead of the Porsche 911 RSRs of Patrick Pilet and Laurens Vanthoor.

Jorg Bergmeister sent the Park Place Motorsports Porsche 911 GT3 R to the top of the GT Daytona times, with Alvaro Parente putting his Acura NSX in second ahead of Jeroen Bleekemolen in the Riley Mercedes AMG GT.