Jordan Taylor drove the Wayne Taylor Racing Cadillac DPi-V.R to a scorching pole position for the penultimate round of the IMSA WeatherTech SportsCar Championship at Laguna Seca. 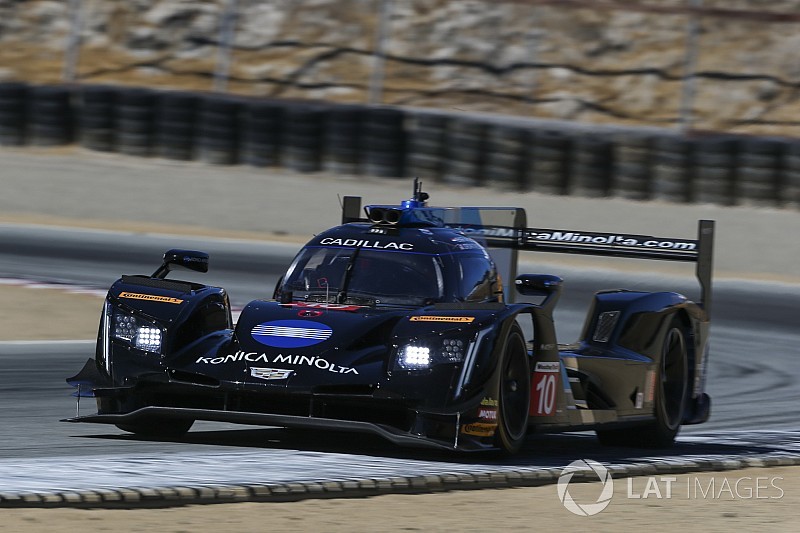 Taylor set a new lap record with a 1min16.181 lap of the 2.238-mile WeatherTech Raceway, beating the Acura Team Penske ARX-05s of Dane Cameron and Helio Castroneves by 0.395 and 0.481sec respectively.

Pipo Derani was more than half a second off top spot in the faster of the two ESM Nissans, while Colin Braun was quickest of the LMP2 cars, fifth in the CORE autosport Oreca.

Their respective teammates Jan Magnussen and Ryan Briscoe will line up behind them for tomorrow’s race, the top quartet having been covered by just 0.15sec.

Alexander Sims did a fine job to slot his BMW M8 into fifth, just a quarter second off top spot, and ahead of both Porsche 911 RSRs.

Katherine Legge took her first ever pole position in IMSA with a 1min24.456sec to outqualify the drivers she is battling for the GT Daytona title, Bryan Sellers and Madison Snow.