The first details of the internal combustion element of the car’s hybrid powertrain were announced on Monday along with the release of a further teaser image of the Lamborghini LMDh being developed in conjunction with French constructor Ligier Automotive.

The LMDh engine will be a first ground-up design by the Lamborghini Squadra Corse in-house motorsport department established in 2013, as distinct from the production-based V10 that powers its Huracan GT3 and Super Trofeo one-make machinery.

The Italian constructor has revealed that the powerplant will be a 90-degree V8 but not the capacity, although it is understood to be in the region of four litres. It will weigh in at 180kg, the minimum laid down in the rules.

The combined power output of the new V8 and the hybrid system jointly developed by Bosch, Williams and Xtrac was listed by Lamborghini at 500kW (670bhp), the medium figure in the 480 to 520kW range laid down in the both the LMDh and Le Mans Hypercar regulations.

Lamborghini has also confirmed the dimensions of its forthcoming prototype: it will be on the class maximums allowed for width and length at 2000mm and 5100mm respectively, while the wheelbase is measured at 3148mm. The weight is listed as 1030kg, the minimum allowed in LMDh.

Further technical details of the as-yet-unnamed contender from Lamborghini are not expected until photographs of the car are released in the first quarter of 2023. That will precede the start of testing, which is scheduled for next spring.

Long-time Lamborghini factory GT drivers Mirko Bortolotti and Andrea Caldarelli have been announced as the first drivers for the LMDh programme and will spearhead development of the car.

The team or teams that will run the new Lambo LMDh in the WEC and IMSA, where it will compete in classes known as GTP and Hypercar respectively, have yet to be announced. 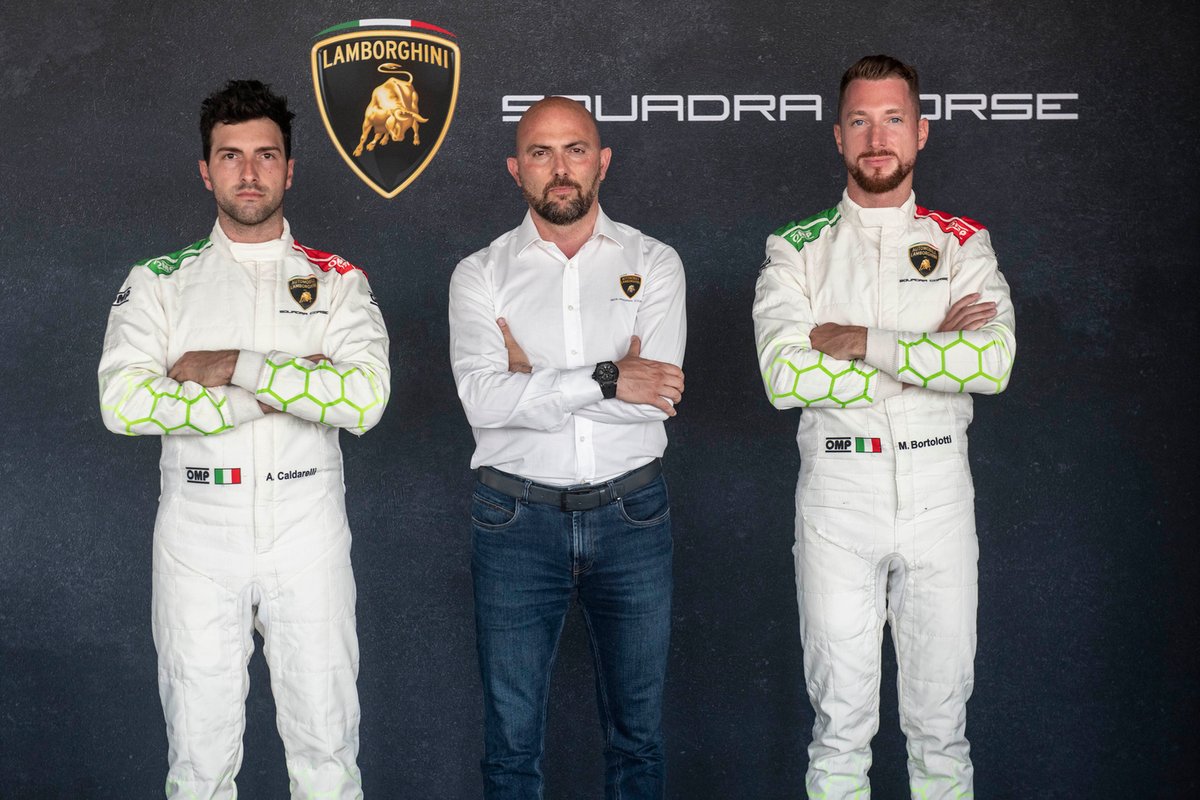 Lamborghini’s latest statement on the LMDh programme, which was announced in mid-May, highlighted the Volkswagen brand’s drive for hybridisation of its road car range under a strategy dubbed Cor Tauri, meaning heart of the bull in Latin.

It said that “making the step into a motorsport landscape driven by hybrid propulsion is the perfect fit with Lamborghini’s transition to hybrid technologies”.

Who’s doing what in LMDh?

Porsche’s new 963 is powered by a twin-turbo V8, like the Lambo. It is a 4.6-litre unit that has its roots in the normally-aspirated engine that powered the successful RS Spyder in the second half of the 2000s.

What is described as an all-new 5.5-litre V8 powers Cadillac’s V-LMDh, though it hasn’t been confirmed whether it is turbocharged or normally-aspirated. Spy footage of the car testing at Sebring appears to confirm the latter.

Honda Performance Development has developed an all-new 2.4-litre V6 twin-turbo for the Acura ARX-06, which like the Porsche and Cadillac is already up and running and will being racing next year in the IMSA series.

BMW has gone down the twin-turbo route for its M Hybrid V8. The starting point for development of its LMDh unit was the final evolution of its DTM normally-aspirated V8 used in 2017-18, whose four-litre capacity it retains.

Alpine has yet to confirm technical details of its LMDh, which like the Lambo will enter competition in 2024. So far it has only told us that its development partner is Oreca.

Proton in line for dual Porsche LMDh campaigns in WEC/IMSA

Cam Waters will run last in the Top 10 Shootout on the streets of Adelaide after topping Supercars qualifying.