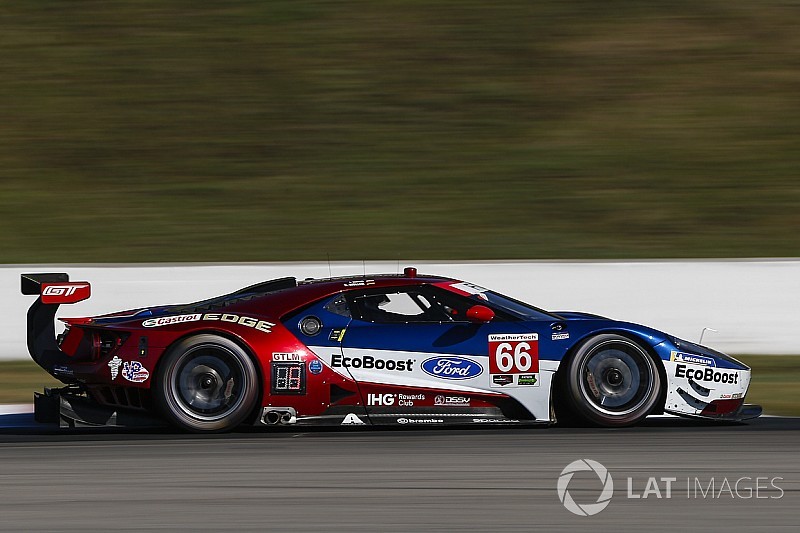 Both the Porsches suffered minor off course excursions at Big Bend in the course of the session, but Earl Bamber’s fastest time in the #912 was still good enough for fourth, around quarter second off top spot but less than a tenth slower than the second Ford of Ryan Briscoe.

Jesse Krohn and Connor De Phillippi set the best times in the BMW M8s, 0.36 and 0.56 respectively off Muller’s Ford, while the two Corvettes were almost 0.8sec slower.

In GTD, Kyle Marcelli put the 3GT Racing Lexus RC F on top, just a couple of hundredths ahead of Alvaro Parente’s #86 Acura NSX, which Meyer Shank Racing has confirmed will run for the remainder of the season, as Parente’s co-driver Katherine Legge is a prime title contender.

Paul Miller Racing’s Lamborghini Huracan had a small fire on pitlane due to unburnt fuel catching light in the exhausts, but not before Bryan Sellers had set fifth fastest time, while Lawson Aschenbach wheeled the second MSR Acura to sixth.