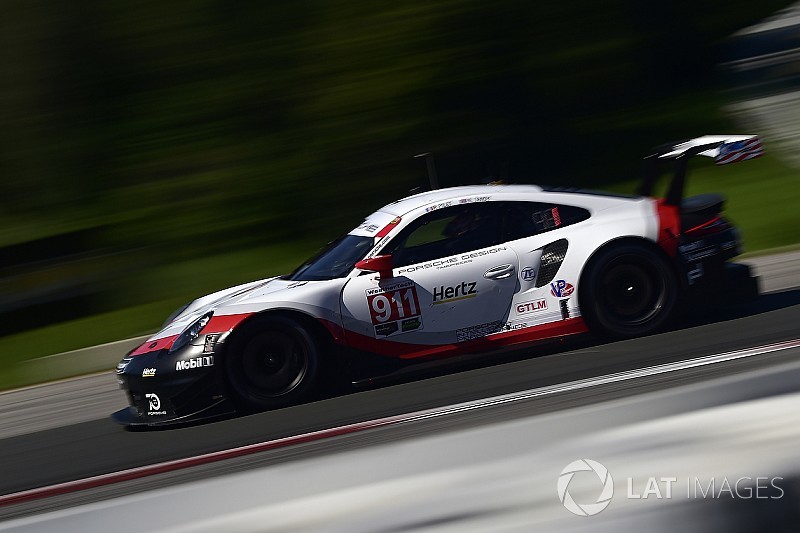 Porsche took top honors in third practice for IMSA’s Northeast Grand Prix at Lime Rock, as Patrick Pilet was almost half a second clear of the competition in GT Le Mans.

Jesse Krohn was third in one of Rahal Letterman Lanigan Racing’s BMW M8s, ahead of the second Porsche of Earl Bamber, which completed the most laps in the session [60].

Oliver Gavin was fifth for Corvette Racing ahead of the second Ford of Richard Westbrook.

In GT Daytona, Patrick Long’s best effort in the Wright Porsche 911 GT3 R was barely 0.3sec slower than Connor De Phillippi’s top time in the GTLM BMW, and was three tenths clear of the fastest of the two Acuras in second and third.

Bill Auberlen wound the BMW M6 up to a 52.252sec lap, a mere 0.003sec faster than Jeroen Bleekemolen’s Riley-run Mercedes.

The Paul Miller Racing Lamborghini Huracan, which missed session 2 due to its mechanical issues in the morning, clocked sixth fastest time in the hands of Bryan Sellers.

The 20-minute warm-up for qualifying begins tomorrow at 9.05am local [Eastern] time, with the qualifying session beginning at 9.35am. The 2hr40min race commences at 3.10pm.