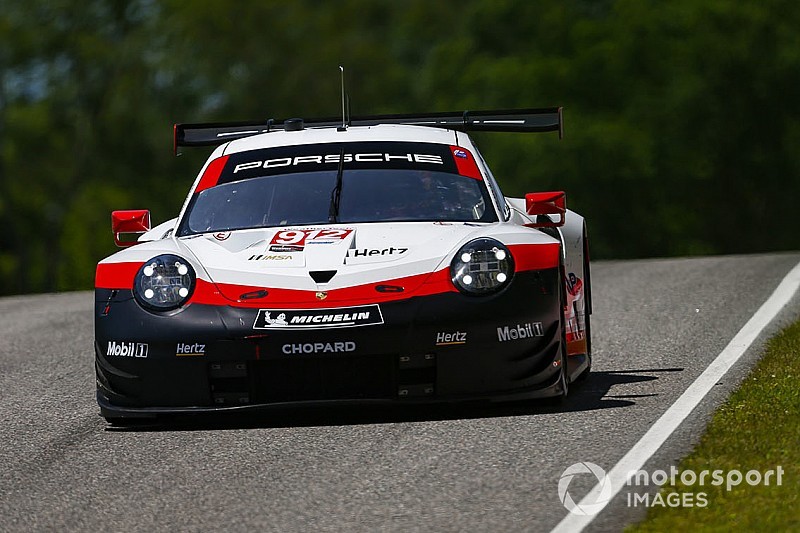 Tandy set the fastest first sector in the #911 Porsche, but Vanthoor clawed that deficit and more back over Sectors 2 and 3 to claim pole by 0.052sec.

Vanthoor’s margin of less than 0.2sec over the fastest non-Porsche was perhaps less than expected given the 911 RSRs' pace in practice, but a bigger surprise was the identity of their nearest challenger.

Connor De Phillippi set a brilliant 49.322sec in the #25 BMW M8, over half a second faster than teammate John Edwards and well able to outpace Dirk Muller in the Ford GT and the two Corvette C7.Rs of Antonio Garcia and Oliver Gavin.

Ryan Briscoe in the #67 Ford and Edwards will roll off from the fourth row.

A close battle in GT Daytona saw Trent Hindman dig deep for his third pole of the season in the Meyer Shank Racing Acura NSX, setting a new track record and beating Ben Keating in the Riley Motorsports Mercedes-AMG GT3 by 0.026sec.

The Paul Miller Racing Lamborghini Huracan GT3, qualified this week by Corey Lewis who is subbing for Ryan Hardwick, was just a further 0.05sec in arrears while behind him Robby Foley slotted the Turner Motorsport BMW M6 into fourth, despite being only 0.08sec from top spot.

Zacharie Robichon was fastest of the Porsches, grabbing fifth for Pfaff Motorsports ahead of the quicker of the two AIM Vasser Sullivan Lexus RC Fs, the #14 of Richard Heistand.