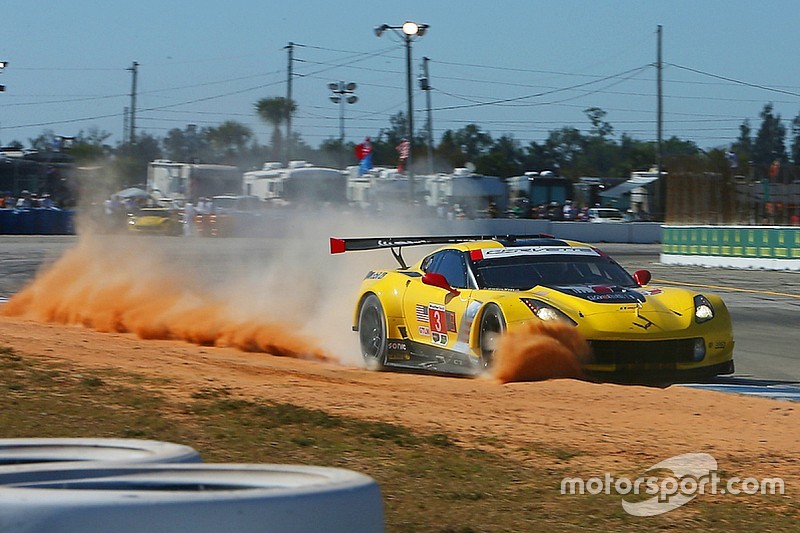 Motorsport.com columnist Jan Magnussen reflects on a difficult week, both for himself at the Sebring 12 Hours and for son Kevin in the Australian Grand Prix.

If I have any advice for anybody wanting to get into motor racing, it would be to get ready to ride the emotional roller coaster.

I’ve certainly been for a ride in the past couple of weeks. Not only with myself at Corvette Racing but also watching my son Kevin in action for Haas F1 Team at the Australian Grand Prix.

At the recent 12 Hours of Sebring we entered the race feeling like we lacked a little bit of outright pace but, if history was anything to go by, we were still confident we’d be strong in the race itself.

Luck wasn’t on our side in 2016 when we took the lead for a few seconds before being hit entering Turn 1 and ending up in the fence. While we didn’t end up in the fence this year, we certainly had our share of misfortune.

My team partner Antonio Garcia got tapped on the first lap, and had to limp back to the pits with a flat tire.

That was just the first of the issues, however. A flat battery and a subsequent alternator problem sent us back to the paddock and then we also had a steering issue as well.

It makes for a very long day at Sebring when you are on the back foot from the very first lap.

Sadly, Corvette Racing’s run of three Sebring victories in a row came to an end, but we’re fired up to get back there next year to make amends.

We just had to keep pressing on at Sebring, and Antonio, Mike Rockenfeller and the crew did a great job. You can never give up because every last point is so important in this championship.

Luckily, this year the Australian Grand Prix didn’t clash with Sebring, so I was able to get some sleep after the race. I still have great memories from 2014 when, after a hard day at Sebring, I got to watch Kevin make his Formula 1 debut and end up on the podium in his first ever Grand Prix.

There were moments during this year’s race where I thought it might happen again this year! He did a brilliant job in qualifying to be fifth on the grid and pulled off a great move around the outside of Max Verstappen to take fourth.

The guys at Haas had been really strong in pre-season testing and that form continued in Melbourne.

A brilliant job, until…

Kevin did a brilliant job, and Verstappen was unable to get close enough to make a move – in fact, he looked pretty erratic out there, and his spin took the pressure off for Kevin as well.

Sadly just after his pitstop it all came undone… I know Kevin was disappointed and the team guys must have been pretty distraught.

Now they have to set their sights on the next race. Hopefully, that speed from Haas wasn’t a one-off deal.

The positive news is they have started the year with pace. I’d rather have speed, but bad luck at the first race compared to no speed but end up in the points with some good fortune.

Luck will rise and fall – like the rollercoaster ride – but it is much better to start with some pace and keep building from there.

Pagenaud: IMSA racing is “flat-out even more than IndyCar”