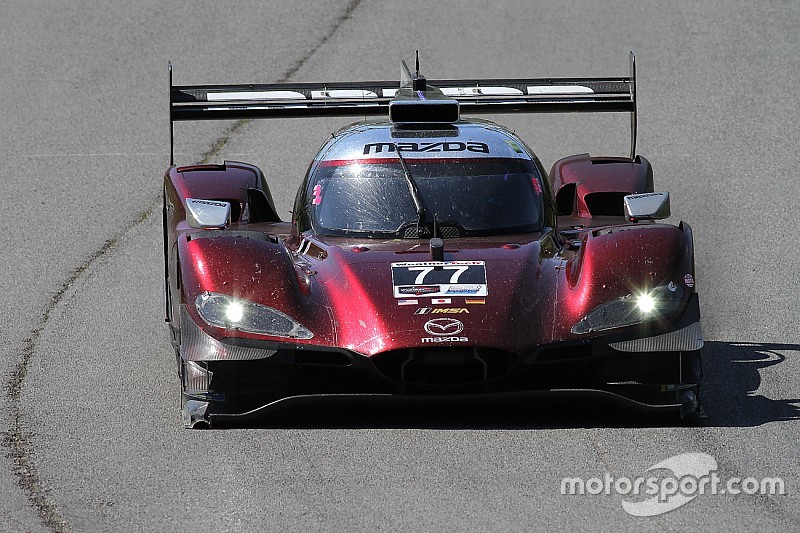 After a grueling start to the season, Mazda's pair of RT24-Ps both enjoyed largely trouble-free races on Sunday, with the #77 car shared by Nunez and Oliver Jarvis finishing just two seconds adrift of the winning Acura Team Penske entry of Juan Pablo Montoya and Dane Cameron.

The #55 Mazda of Jonathan Bomarito and stand-in Ryan Hunter-Reay was third, ensuring the Japanese marque had two cars in the top three – emulating their finish at Petit Le Mans last October – after failing to register a podium in the opening three rounds of the 2019 campaign at Daytona, Sebring and Long Beach.

Jarvis also scored pole for the #77 car, and, despite lacking the pace to fight Montoya in full dry conditions, Nunez is convinced the RT24-P's first series win is imminent.

“This is a pretty great day for Mazda, to be on the podium with both of our cars," said Nunez. "Olly had a big fight on his hands during the opening stint, so I knew that the other cars were strong, but our No. 77 Mazda RT24-P was also strong.

"But definitely when the sun came out at the end, we were struggling with grip and unless something drastic happened, we weren’t going to catch the leader.

"I think we are a little bit disappointed to be so close to the win and miss out, but it was a great weekend and a great effort by everyone at Mazda Team Joest. We are so close, we had the pole, we just need to close it out now.”

Poleman Jarvis added: "It was a really challenging weekend with the changing conditions, and I think we were all a bit caught out that the race was not only dry but that the sun came out which really changed the grip levels.

"But to have both cars on the podium is another step in the right direction, and clearly shows that Mazda is on the right track."

The #55 entry of Hunter-Reay - standing in for Mazda regular Harry Tincknell, who was on Ford WEC duty at Spa - and Bomarito finished some 28s behind the lead Mazda in third place.

After being tapped into a half-spin by Helio Castroneves in the #7 Acura on the opening lap, Hunter-Reay recovered to third and in the final stages of the race, Bomarito became embroiled in a fight with the #31 Action Express Racing Cadillac of points leaders Felipe Nasr and Pipo Derani, as he tried to save fuel.

However, a drive-through penalty for the #31 after Nasr passed the #55 Mazda at Turn 1, where there was a static yellow flag, cost AXR the final spot on the podium.

"It was an eventful day – I had a great start and got around three cars, but then I was T-boned and lost three spots," said IndyCar star Hunter-Reay. "Somehow the car kept going and I didn’t spin, but I made those three positions back and then ran in third place the whole day.

"The No. 55 Mazda RT24-P was worthy of a podium. I wish we had been up there fighting for the win, but we were always behind on track position today." 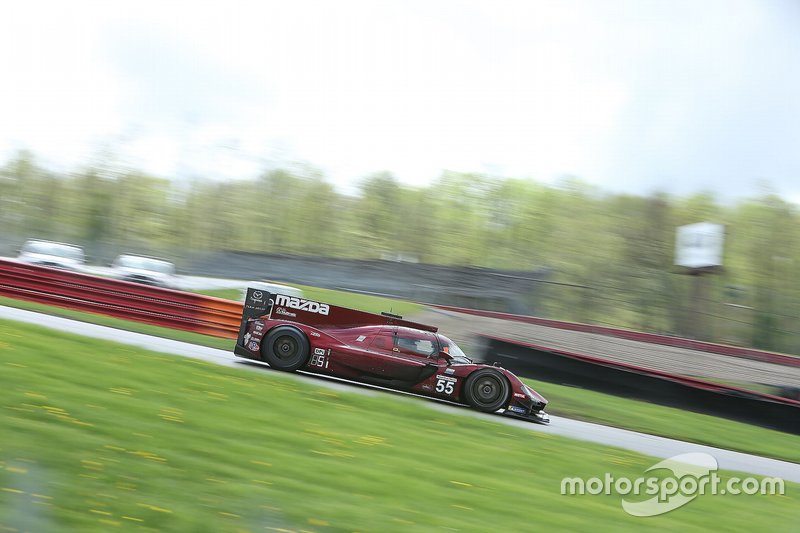