The sole Mazda RT24-P will start from pole in Sunday’s Roar Before The 24 100-minute qualifying race, after Action Express Racing was stripped of pole. 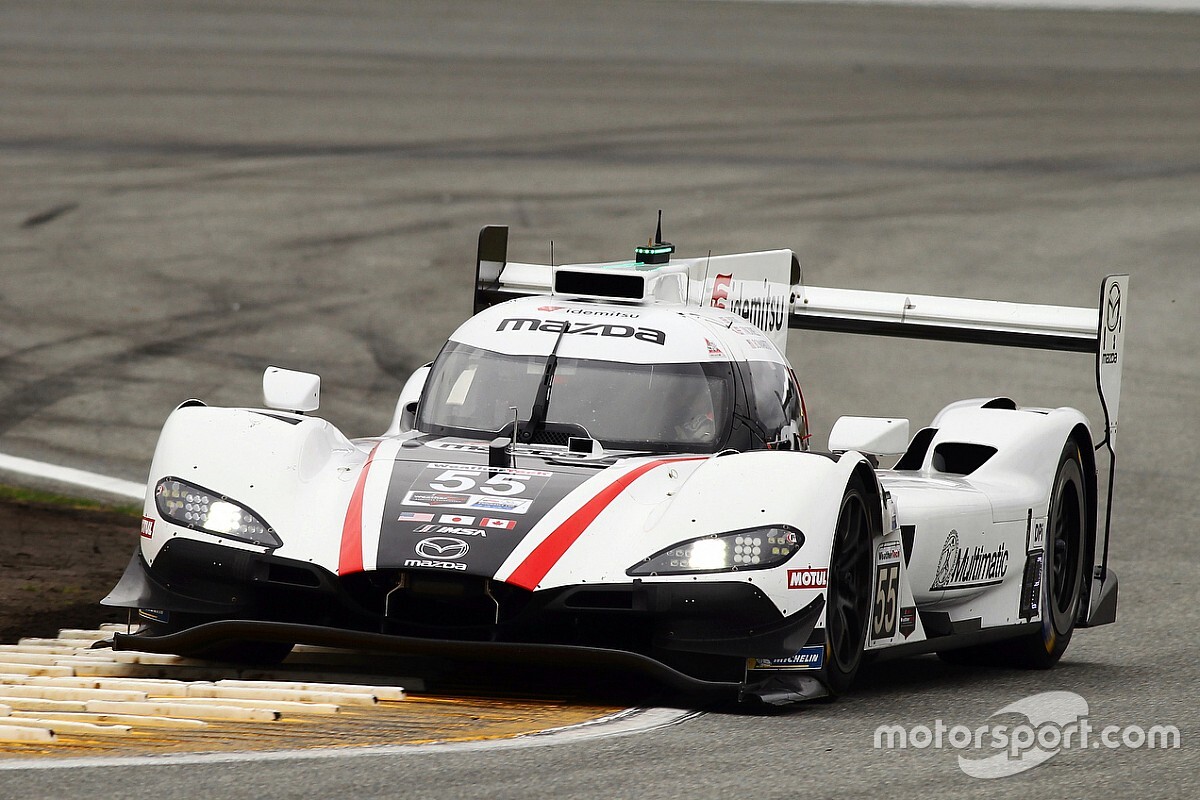 However, Nasr’s superb effort was for naught, as his car failed post-qualifying technical inspection for being underweight.

That allows the JDC-Miller MotorSports Cadillac to the outside of the front row, following Tristan Vautier’s flyer which was just 0.043sec slower than the Mazda.

“I just found out we’ve been promoted to pole,” Jarvis said during the IMSA WeatherTech SportsCar Championship night practice session. “I’d rather do it on the track but that pole at Daytona is always special. Any pole is special but this one in particular. I love this track, such an amazing race.

“You always want to start out front and try and stay out of trouble, which is working for our program now.

“I think we’ve got a good racecar as well, so we’re hopeful for tomorrow. I think we’ll be strong tomorrow but never underestimate the competition.”

The No. 31 Whelen Cadillac, meanwhile, slips to sixth on the DPi grid ahead of the Wayne Taylor Racing Acura ARX-05, which likewise failed technical inspection.

Not only is are Rolex 24 starting positions up for grabs on Sunday, as under the new WeatherTech Championship scoring format qualifying points will also be earned. The winner of each class nets 35 points, second place 32 and incrementally downward after that.