Mazda locks out the front row at Laguna Seca 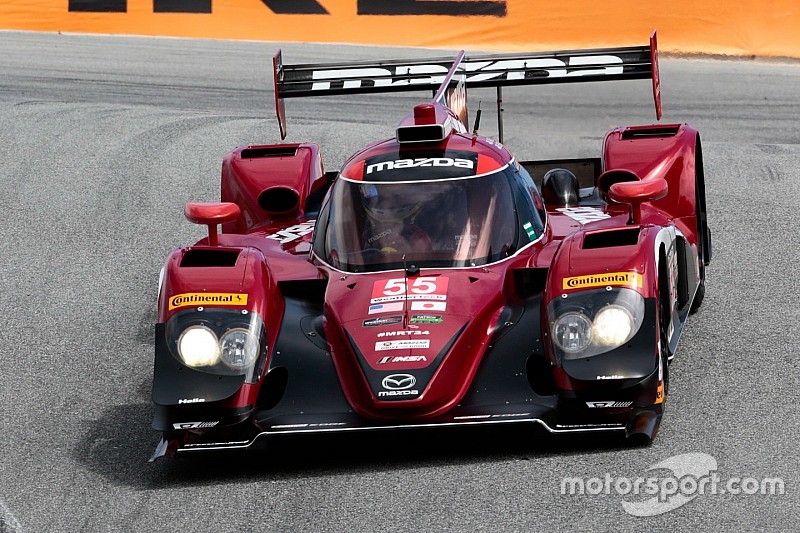 Tristan Nunez had the honor of giving the Mazda team their first pole in a historic 1-2 for the Japanese marque with the No. 55 leading the No. 70. Tom Long lost out to his teammate by a mere 0.236 tenths. The duo have been blistering fast all weekend, leading every session as they seek their first victory to top off an impeccable weekend.

The No. 31 Action Express Racing Corvette DP was the so-called best of the rest in third with their sister No. 5 car in fifth. Directly in front of the points leader in fourth will be the No. 10 Wayne Taylor Racing Corvette DP.

Ford looked to do the same in the GTLM class, but their party was spoiled by the No. 68 Scuderia Corsa Ferrari team and Daniel Serra, marking the Brazilian's first pole position. The No. 67 Ganassi Ford GT will join them on the front row with the sister No. 66 lining up third.

The No. 4 Corvette Racing C7.R and the No. 62 Risi Competizione Ferrari filled out the final two spots inside the top five.

The P/GTLM race will take place at 2:15pm ET., immediately followed by the PC/GTD race.

DeltaWing qualifies in a solid sixth