Single-marque domination emerged in all IMSA WeatherTech SportsCar Championship classes during fifth practice at the Roar Before the Rolex 24 at Daytona. 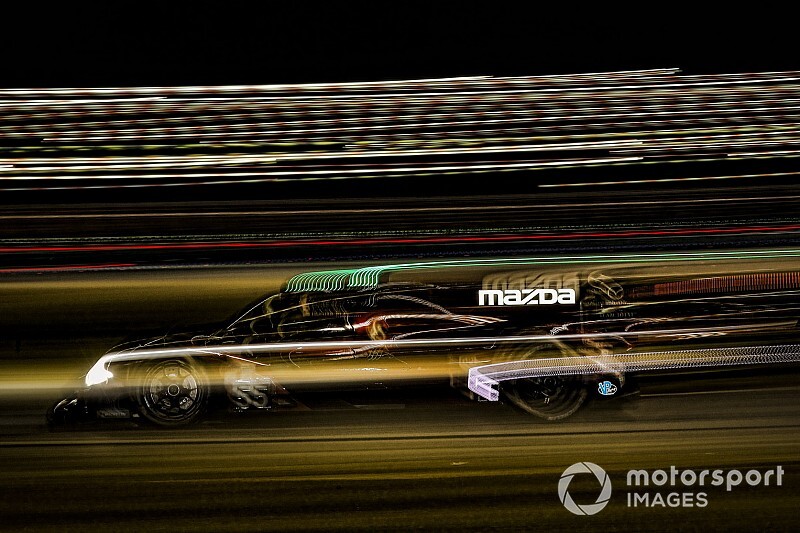 The Wayne Taylor Racing Cadillac DPi-V.R was, however, a further 0.45sec in arrears, 0.193sec ahead of Ricky Taylor’s best effort in one of the Acura ARX-05s run by Team Penske.

Matheus Leist was fifth in his JDC-Miller Motorsports Cadillac DPi-V.R ahead of the similar Action Express Racing entry of Filipe Albuquerque.

The best of the LMP2 cars, 2.6sec off the best DPi time but only 1.1sec behind Duval, was the DragonSpeed entry piloted by Harrison Newey.

The son of F1 ace designer Adrian Newey eclipsed Nicolas Lapierre's Tower Motorsports by Starworks entry by 0.428sec, while Simon Trummer of PR1/Mathiasen Motorsports was another 0.8sec in arrears in third.

Andrea Caldarelli was third in the Paul Miller Racing Lambo, barely ahead of Pat Long in the Wright Motorsports Porsche 911 GT3 R.

Jules Gounon was fifth-quickest in the Meyer Shank Racing Acura NSX GT3, but teammate Shinya Micihimi brought out the red flag when he spun and stopped. Aaron Telitz was top Lexus for AIM Vasser-Sullivan in sixth.

Acuras move to the top in sixth Daytona practice