Menezes one to 'watch' with RSR in Rolex 24 at Daytona 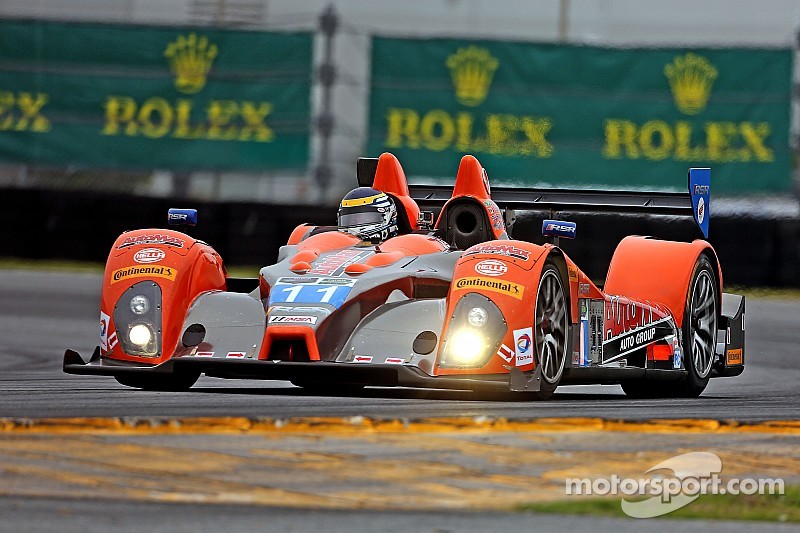 Gustavo Menezes will return to the legendary Rolex 24 at Daytona with Rocketsports Racing this weekend (24-25 January) – and after encountering early heartbreak last year, this year, he asserts, he has his eyes firmly on the prize.

Although more of a single-seater specialist, Menezes does boast some prior sportscar experience – not to mention calibre – having participated in the round-the-clock Florida classic this time last year. Twelve months ago, the car in which the young American was competing was forced out of contention early on whilst leading its class.

I’m thrilled to have been invited back to Daytona again this year,

Following that disappointment, RSR dug deep and ahead of the 2015 edition of the Rolex 24 at Daytona, the Michigan-based outfit has hired some key new personnel on the engineering front to bolster its challenge.

The quartet all took to the wheel of the #11 Oreca FLM09 Chevrolet at the traditional ‘Roar Before the 24’ pre-event test. After setting the PC class pace during two of the sessions, the RSR Racing entry ultimately wound up second in its category – less than a tenth-of-a-second adrift of the benchmark – and an excellent 14th overall amongst the 53 contenders.

Despite the limitation on laps, Menezes left the circuit in confident spirits, having established a solid feel for the car. Now, he reflects, he cannot wait to return.

“I’m thrilled to have been invited back to Daytona again this year,” acknowledged the 20-year-old Californian, an erstwhile winner of the coveted Jim Russell Driver Scholarship Award. “I was at home training for my European F3 season when I received the call, so it came as quite a surprise and it should be a lot of fun!

“The Rolex 24 at Daytona is one of the biggest races in the world, never mind just the United States. It carries tremendous kudos, and it’s really positive for me to be able to dip my toe into the water in prototypes from an experience point-of-view. Racing in January also helps to keep your reflexes sharp and your fitness levels up during the off-season. I learned a lot there last year, and I’m returning this time as a much more mature driver.

“One of the key elements in endurance racing is nurturing the car so it maintains its pace and reliability over such a long distance. Strategy plays a major role, and with more than 50 cars on the track all at the same time, you’re either overtaking or being overtaken pretty much every lap so you can’t afford to take any unnecessary risks in the traffic. The first 23 hours are all about driving within your limits, and then over the final hour, you can properly get the hammer down!

“The team has really stepped up its game since last year and made a lot of progress with the car. It’s an excellent all-round package, and I think our driver line-up is one of the strongest in the PC field. I’ve known Bruno for a long time and I’m good friends with both him and Jack, and Chris seems like a great guy too. We will all be able to learn from each other and push each other hard to drive the team forward.

“I’m optimistic that we can have a good run, and the target is definitely to go for the class win. I’m hugely excited about the race, I’ve got nothing to lose – and I really want to come away with a Daytona Rolex watch!”

DeltaWing gets a new look for Rolex 24