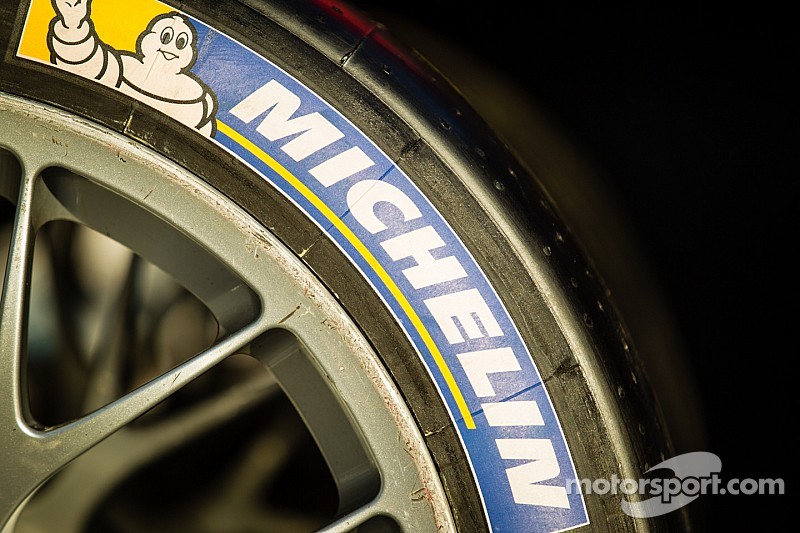 Michelin technical partner teams from Ferrari, Dodge Viper, BMW Team RLL and Corvette Racing dominated the first two hours and 30 minutes of the two hour 45 minute race before one by one each pitted for fuel, leaving Fisichella to surrender the lead for a final splash-and-go fuel stop with 26 minutes remaining.

Fisichella exited the pits ahead of all except Porsche’s Wolf Henzler who had stayed out of the pits, gambling that a late race caution may help him stretch his fuel to the finish. He got his wish as a caution appeared with 17 minutes remaining. That left Michelin cars aligned in positions 2 through 7 when the race resumed with just seven minutes left. Fisichella twice tried to pass Henzler around the outside entering turn one, but was rebuffed.

On the 82nd and final lap, Fisichella made his winning move under heavy braking into turn 11 and pulled clear to complete a sweep with co-driver Pierre Kaffer of the pole, fastest race lap and race win for the Houston-based Risi Competizione Ferrari team.

“I knew that it was the last lap and I braked on the limit to pass Henzler and then was able to pull clear,” said Fisichella. “We ran close and it was a nice fight but we were able to brake quite late and that got us clear. The car was consistent from the beginning to the end of the race,” said Fisichella, who was hard pressed to remember the last time that he won a race with last lap pass.

'Braking at the limit'

“Seeing that pass and hearing Giancarlo describe his winning move as “braking at the limit” and “braking very late” brought a big smile to us all,” said Chris Baker, director of motorsport Michelin North America. “Tires are critical to braking performance and it is very difficult to develop tires that deliver extraordinary performance in such an extreme environment,” said Baker. “Michelin engineers work very hard to develop our excellent braking and Giancarlo’s move came on a set of MICHELIN tires that had been on the car for the final 71 minutes of the race.”

“I was a bit surprised that none of our technical partner teams split their strategies to cover that scenario by pitting one car and leaving the other out in case of a late caution, but it certainly made for an exciting finish against a very experienced and determined competitor,” said Baker.

The next TUDOR United Sports Car Championship will be the Lone Star Grand Prix of Texas at Circuit of The Americas in Austin, Texas on September 20th.