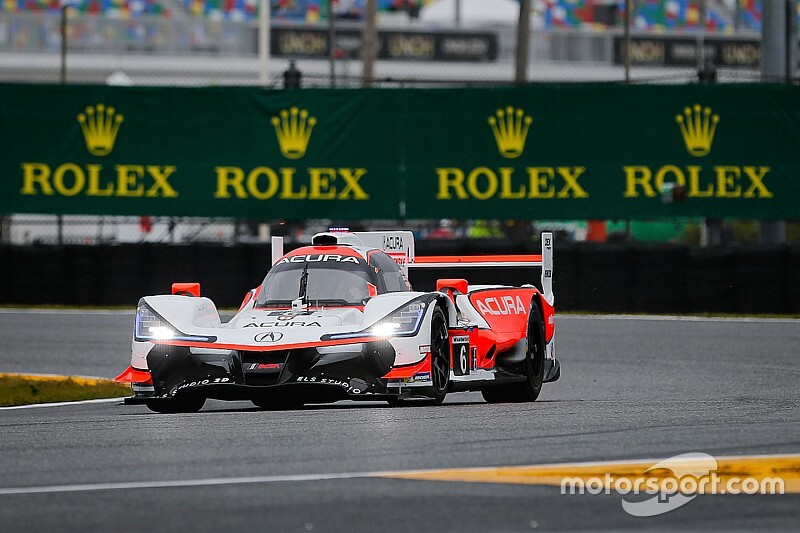 The Colombian turned a best time of 1min49.917sec, which survived a last-gasp challenge from Olivier Pla’s #77 Mazda RT24-P which fell 0.039sec short with its final lap.

The JDC-Miller MotorSports entries of Tristan Vautier and Sebastien Bourdais were third and fourth, and fastest of the Cadillac DPi-V.Rs, ahead of Ricky Taylor in the second Acura.

Wayne Taylor Racing’s Cadillac was sixth thanks to Ryan Briscoe, while 2012 IndyCar champion Ryan Hunter-Reay was the fastest driver in the #55 Mazda.

GT Le Mans saw the revised Porsche 911 RSR-19s come to the fore, courtesy of Laurens Vanthoor and Nick Tandy, while 0.9sec back Antonio Garcia was third in the mid-engined #3 Corvette C8.R which makes its race debut this weekend.

However the sister Corvette caused one of two red flags when it ground to a halt on track while in Marcel Fassler’s hands, thus Tommy Milner didn’t get a chance to set a representative time as the track dried.

Sven Muller set fifth fastest time for Black Swan Racing, but one of his co-drivers, Trenton Estep suffered a major shunt, the torn-up 911 bringing out the session’s second red flag with around 20mins to go.

The team faces an uphill task to get the car back in respectable shape in time for FP2 which begins at 12.45pm local (Eastern) time, while qualifying is set for 4.15 and FP3 for 7.15.