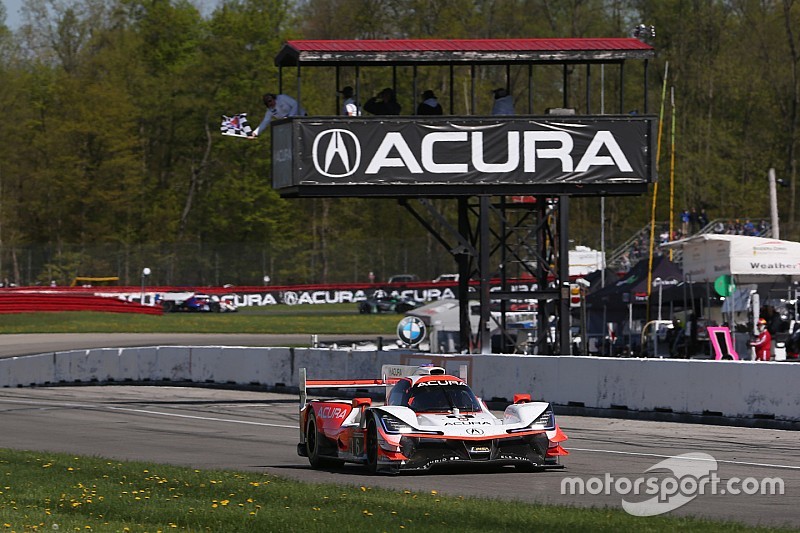 Juan Pablo Montoya says that the win he and Dane Cameron scored for Acura Team Penske in yesterday’s fourth race of the IMSA WeatherTech SportsCar Championship hinged on the race’s only restart.

Cameron started the race in the #6 Acura ARX-05 and having passed teammate Helio Castroneves into Turn 4 on the opening lap, he then pounced on polesitter Oliver Jarvis at the start of Lap 8 when the Mazda RT24-P got caught in traffic.

Cameron thus handed the Acura over to Montoya while leading, and although JPM also suffered in traffic and had to relinquish the lead to Jarvis’ #77 Mazda just six laps into the stint, he stayed close and benefited from a shorter second stop than his rival to get back in front. Acura’s win looked secure once Team Penske delivered another quick third stop, but the race’s only full-course caution left Montoya under threat.

However, a faultless restart and a brilliant lap saw him pull away from the Mazda now piloted by Tristan Nunez, and the former IndyCar and Formula 1 ace went on to pass the checkered flag more than two seconds to the good and with plenty of pace in hand.

It was only the second triumph for Acura Team Penske, its previous triumph coming same time, same place last year. It was, however, the first win for Montoya and Cameron.

“I think we just executed well,” Montoya said. “We had been unlucky with mechanical issues and stuff this year, but we executed today the way it needed to be.

“I think the pace was good, but it’s tough because if you push hard you go quicker, and you open up a bit of a gap, but you can catch the cars in the wrong place and the seven-second gap you had becomes a two-second gap. So you want to run at an easy pace and just see how the traffic comes.

“The big difference was I did a good job on the restart with cold tires, and I did a good ‘opening’ lap. We have races and race tracks that suit our car are coming up and we should be able to get some good results. The key here is not to make mistakes and give in to pressures and stuff like that.

“Last year we had a lot of races where we would finish second and third, but could never get it done. If you had told me last year when I made the deal it was going to take me this long to win my first race, I would have said no way. So it’s nice to finally put it together, it’s a pretty big day.”

It was Montoya’s fourth sportscar victory but his first since sharing Chip Ganassi Racing’s winning entry in the Rolex 24 Hours at Daytona six years earlier, while for two-time champion Cameron, the victory was his 13th in IMSA competition.

“It’s really satisfying to win today,” Cameron said. “We definitely didn’t expect to have the year we had last year, or even the first couple of races this year, so it’s really nice to have a really close-to-perfect race today.

“Juan did a great job on his stints. I was able to get up to the lead and turn it over to him. It really couldn’t have gone any better. Hopefully, we can get a bunch more wins from here now that we’ve reminded ourselves we do know how to do it.

“We just need to continue to execute, and there are a couple of tracks coming up that suit us, and suit our car, and I think we just need to take advantage at the ones where we can and find the difference in the tracks that we don’t.”