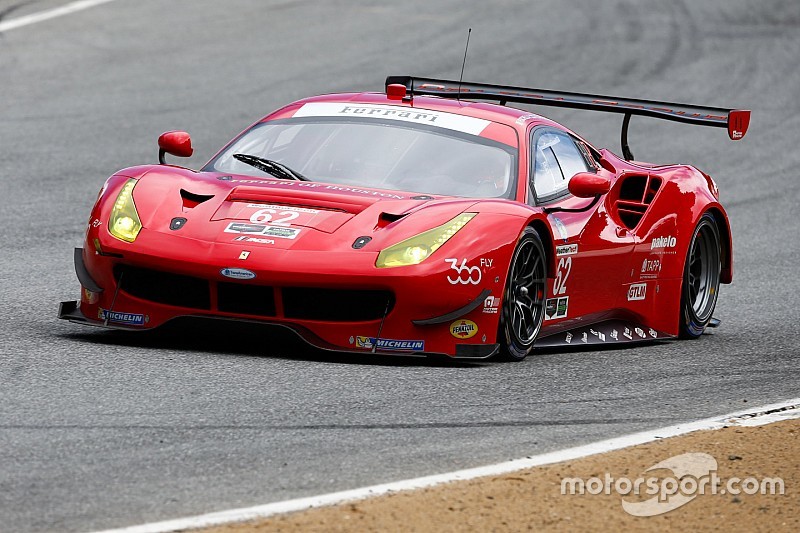 Both of the Ferrari 488 GTEs in the GT-LeMans class took turns leading Sunday morning’s race. From pole position, Daniel Serra led the field throughout the opening stint in the no. 68 Scuderia Corsa Ferrari 488 GTE, while the middle part of the race saw the no. 62 Risi Competizione Ferrari 488 GTE, started by Toni Vilander and then driven by Giancarlo Fisichella, lead the class.

After cautions and fuel strategy came into play, the Scuderia Corsa Ferrari, which had been taken over by Alessandro Pier Guidi, finished the race in second position. This was the second straight podium in GT-LeMans for Ferrari, after Risi Competizione finished in third at the previous round in Long Beach, California. Fisichella and Vilander finished in fifth position.

The Scuderia Corsa Ferrari also captured the DEKRA Green Award for being the cleanest, fast and most efficient team through a scoring system developed in partnership between IMSA, the Environmental Protection Agency, the U.S. Department of Energy and SAE International.

Scuderia Corsa drivers Alessandro Balzan and Christina Nielsen jumped to the lead of the GT-Daytona championship with a trouble-free run to second in Sunday afternoon’s race. Starting the race from the second position, the Ferrari remained in that place throughout the two-hour contest. Combined with their victory in Sebring, Balzan and Nielsen have now emerged as the clear championship leaders after three rounds.

The next race for IMSA will be on June 3-4 at the Raceway at Belle Isle in Detroit, Michigan.

“A curse has been lifted” for Michael Shank Racing