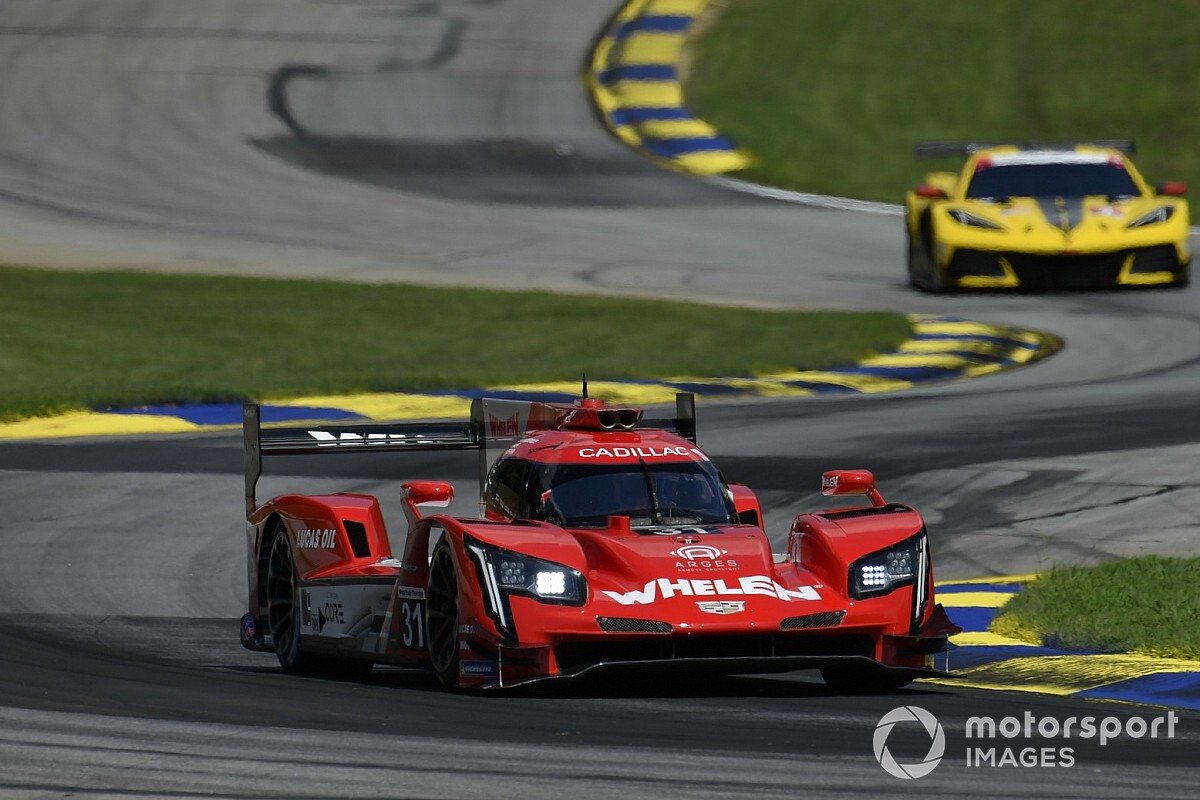 Ex-Formula 1 racer Nasr lapped the 2.54-mile course in 69.023sec, half a second faster than another Cadillac DPi-V.R of Renger van der Zande, who in turn was a mere 0.043sec ahead of Tristan Nunez’s fine effort in the fastest of the two Mazda RT24-Ps.

Sebastien Bourdais’ 69.753 put the #5 JDC-Miller Cadillac fractionally ahead of Harry Tincknell in the second Mazda, while the Acura Team Penske ARX-05s were almost a full second off the pace.

Connor De Phillippi, who so nearly won at VIR last week, topped GT Le Mans in his Rahal Letterman Lanigan-run BMW M8 by almost half a second, with Laurens Vanthoor second in the Porsche 911 RSR and Antonio Garcia third for Corvette Racing.

That was 0.133sec faster than Jan Heylen, who joins Pat Long and Ryan Hardwick in the Wright Motorsports Porsche 911 GT3 R this weekend, and 0.155 ahead of Frankie Montecalvo’s Lexus RC F of AIM Vasser-Sullivan.