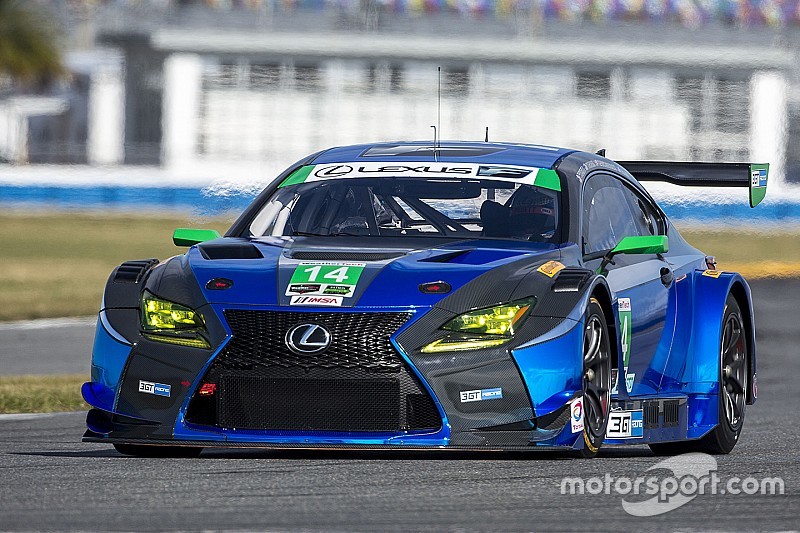 Pruett, a five-time overall Rolex 24 Hours winner, said: “I'm so excited to be back at Daytona, I love everything about it.

“This is the start of everything with Lexus and everything they're doing. Everything we have to learn about the car is new. We're trying to get a lot done in a short period of time."

"It's really exciting now that we are finally here, without a doubt. When I rolled in yesterday, I was just all smiles and grins, because it's real now - this is where it all starts."

Lexus engines powered Ganassi Rileys to victory in the Rolex 24 Hours in three straight years – 2006-’08 – and also took the 2008 Grand-Am title, but the brand’s motorsports manager Mark Egger said this year’s works-backed effort was the logical next step.

"We've had a fairly long history of racing here in the States, just not directly," he said. "We've had engines in prototypes, privateers run IS300 & GS400 cars and Trophy trucks in the Baja series, but this RC F program in IMSA brings the whole package together.

"There is much anticipation about entering the WeatherTech Championship, which is the premier sports car series in the United States," Egger said. "With all the tracks we'll visit, we feel we're hitting the high notes of who we want to compete against and will also be able to showcase our technologies that we'll take into our road-going cars."