20 years after their last win in Daytona, Nissan returns

Nissan has its sights set on returning to victory lane at the Rolex 24 at Daytona - 22 years after first tasting success at the historic Florida venue known as the “World Center of Racing”.

Nissan became the first Japanese manufacturer to take the overall win at the Rolex 24 at Daytona in 1992 when Masahiro Hasemi, Kazuyoshi Hoshino and Toshio Suzuki triumphed with the Nissan R91CP. 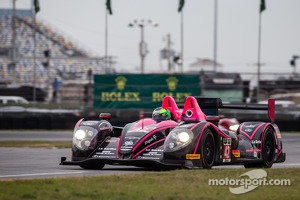 The Japanese trio completed 2,712.720 miles (762 laps) over the 24-hour journey with the 800 horsepower R91CP. They took the lead on the second lap of the race and never surrendered it.

Nissan had won its class (and finished second overall) the previous year in 1991 with Bob Earl, Derek Daly, Chip Robinson, and Geoff Brabham behind the wheel of a Nissan R90CK.

Remarkably, the distance record from the 1992 winning Nissan remains unbeaten to this day.

Muscle Milk Pickett Racing will return this year with Klaus Graf and Nissan’s 2011 FIA GT1 World Champion Lucas Luhr as its full-season drivers for the new TUDOR United SportsCar Championship which brings together the American Le Mans Series and the GRAND-AM Rolex Series into a single championship. Young Nissan LM P2 FIA WEC regular Alex Brundle will fill the third seat for the Rolex 24 at Daytona – a race his father Martin Brundle won in 1988.

As part of the Nismo Global Driver Exchange, racers from Nissan’s squad of international drivers will compete for Muscle Milk Pickett Racing at the major endurance events at Daytona, Sebring and Road Atlanta.

While Muscle Milk Pickett Racing will contest the Rolex 24 at Daytona with its Nissan-powered ORECA chassis. Oak Racing will do battle on the Daytona road course with its Morgan driven by Frenchman Olivier Pla, Russian Roman Rusinov, Columbian Gustavo Yacaman and Brit Oliver Webb.

CORE autosport ready for the Rolex 24 at Daytona