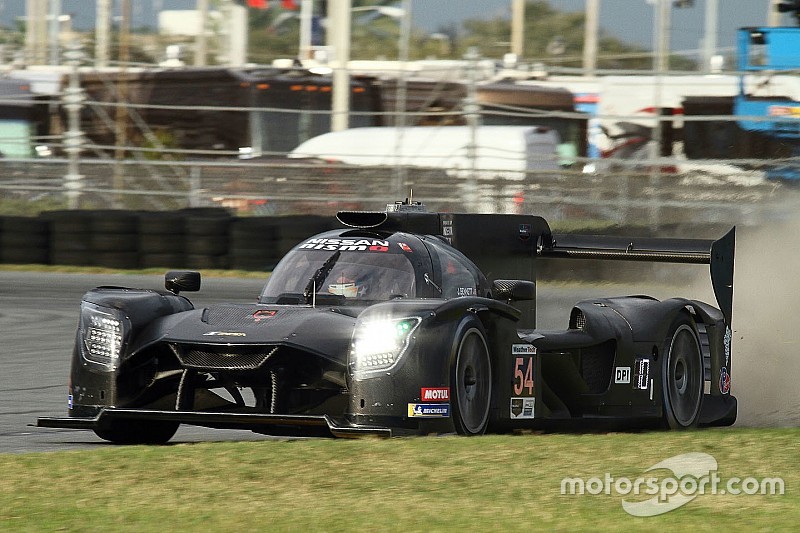 CORE autosport's Loic Duval broke the Mazda-Cadillac domination of the Roar Before the Rolex 24 test in the seventh and final session, although there was a reduced field and teams were focused on race setups.

Following a pre-qualifying session to set pitboxes and pitstalls for the race, in which both Mazdas unofficially broke the 26-year-old lap record at Daytona’s road course with 1min33.398sec and 1min33.423sec laps, the best times this afternoon were some two seconds slower.

With only six of the 11 DPi entries taking part, Devlin DeFrancesco also got a turn in the spotlight with third fastest in his JDC-Miller Motorsports Cadillac DPi-V.R ahead of the second Mazda driven by Timo Bernhard.

Will Owen set fastest time in the Juncos Racing Cadillac ahead of Juan Piedrahita in the second JDC-Miller Caddy.

Nicolas Lapierre put the DragonSpeed Oreca top of the LMP2 times, 0.6sec ahead of teammate and Formula 1 race winner Pastor Maldonado, while Gabriel Aubry was third for PR1/Mathiasen Motorsports.

Patrick Pilet set the fastest time in the #911 Porsche 911 RSR, and was separated from teammate Mathieu Jaminet by the #3 Corvette C7.R of Antonio Garcia.

Tincknell’s Mazda sets fastest time of Roar Before the 24